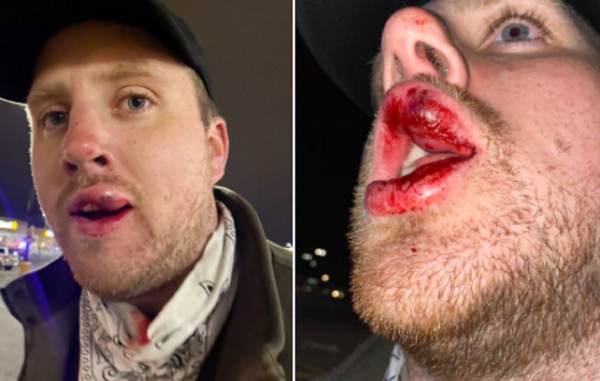 ccording to Blaze reporter Elijah Schaffer, Philadelphia Police have lost control of the riot and white people are now being “specifically targeted and attacked.”

The mob is so anti-white, that Antifa was not welcome with them and had to hold a separate demonstration in another location.

Schaffer, who was violently attacked earlier in the evening while reporting live from a shop that was being looted, tweeted that the rioters are also “shooting each other.”

“Philadelphia police have completely lost control of the affected rioting region which stretches multiple city blocks,” Schaffer tweeted. “Looters have broken into over 30+ stores and are attacking white people. They are also shooting each other. I’ve only witnessed one arrest.”

Im trying to get out of here, but the chaos seems endless and I can’t find a place to get a ride share to come get me

Absolutely insanity tonight at the hands of BLM anti-police riots

Shaffer added in a subsequent tweet that “they were specifically targeting and attacking white people tonight in Philadelphia.”

“It was clear, if you were white, you weren’t welcome,” the tweet continued. “That’s why Antifa had their own demonstrations in a separate part of the city.”

They were specifically targeting and attacking white people tonight in Philadelphia

It was clear, if you were white, you weren’t welcome

Follow @realJamesKlug to show some support for his bravery https://t.co/rMEc0AV5ZO

The rioters have looted Foot Locker, Walmart and countless other shops in Philadelphia on their second night of mayhem.

The riot is in response to the fatal shooting of a black man who was charging at police with a knife.

They’re ripping the looted Walmart TV’s out of the boxes to get as many stacked up in the car as they can. pic.twitter.com/zvgY0ZtvV8

Chopper 6 over the scene as a Foot Locker in West Philadelphia is looted following the death of Walter Wallace, who police say was shot by officers