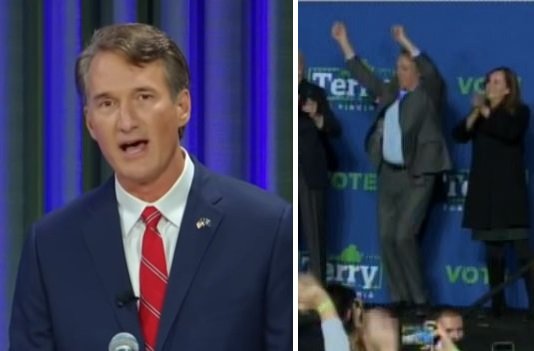 Republican Glenn Youngkin is up 8 points on Democrat Terry McAuliffe in the latest FOX News poll.

This is a huge boost for Youngkin in a race he trailed in until recently.

McAuliffe had Barack Obama, Kamala Harris and Joe Biden campaign with him this past week.

Then he went down 8 points to the Republcian.

Youngkin also leads among RV’s by 1 point. MoE +/- 3 points. Massive shift from the last poll in this series, which had McAuliffe up five points. Election is Tuesday.

In just two weeks he’s flipped a 5 point deficit into an 8 point lead. It’s just one poll, but Fox News use good pollsters and this is a big move. pic.twitter.com/bL7J77JRyA