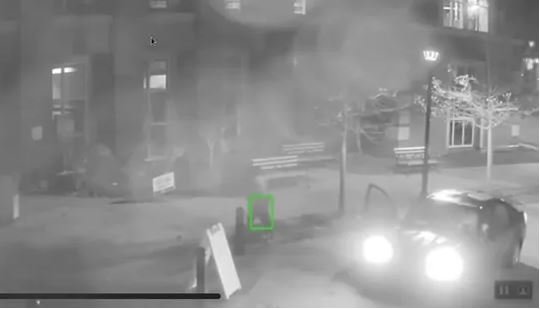 According to John Fredericks, investigators have video of 240 leftist operatives he called “ballot traffickers” dumping tens of thousands of ballots into drop boxes in the middle of the night in locations across Georgia.

True the Vote and OPSEC Group have copies of the video and are promising to release it in the near future.

This was a massive organized effort by the American left to commit fraud.

Catherine Engelbrecht and True the Vote are behind this investigation and we were told it involves SEVERAL BATTLEGROUND STATES and will soon go public.

Investigative journalist Heather Mullins released a photo of one of the late-night ballot traffickers in Georgia.

On Thursday Vic Reynolds, (pictured above) the Director of the Georgia Bureau of Investigation who was appointed by Governor Brian Kemp, wrote a letter to the Atlanta Journal-Constitution saying his organization has not found enough evidence to pursue claims by True the Vote of ballot harvesting in the 2020 elections.  Reynolds also leaked private information shared with him by True the Vote.

The head of the Georgia Bureau of Investigation told the state GOP chairman that there’s not enough evidence to pursue unsubstantiated claims of ballot harvesting in the 2020 elections based on cellphone signals collected by a conservative organization.

GBI Director Vic Reynolds wrote in a letter obtained by The Atlanta Journal-Constitution on Thursday that GPS signals alone, without any witnesses or perpetrators, fall short of meriting a fresh law enforcement inquiry.

It’s the latest in a string of setbacks to allies of former President Donald Trump who have leveled false accusations of widespread voting fraud while seeking to overturn his narrow November election defeat in Georgia.