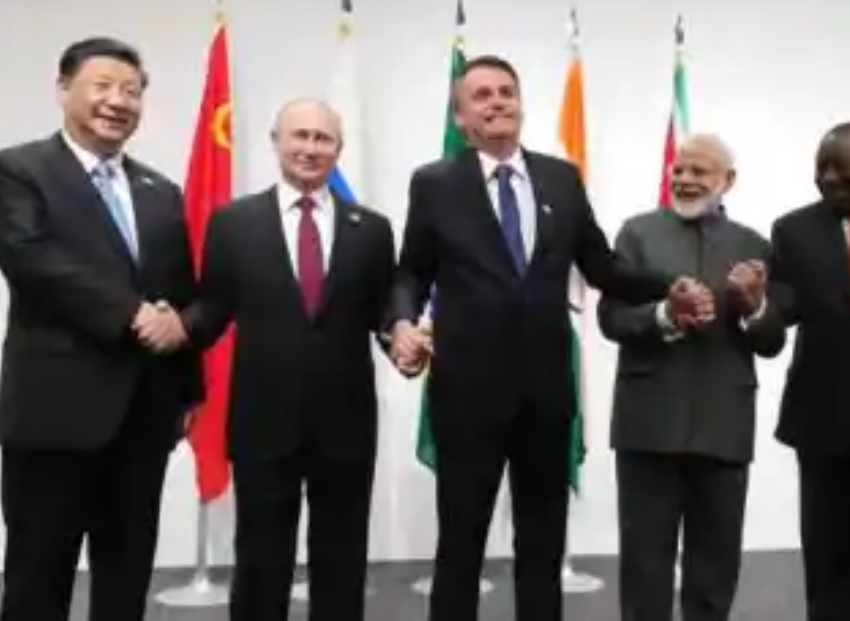 BRICS members are looking to ditch the dollar as the reserve currency. Once the US weaponized the financial system, the rest of the world looked harder for alternatives. Although this was in the works for several years.

With the potential for a new reserve currency and investment without political strings attached – they claim, the group can present an alternative to a world choked by Western dominance, in their view.

The 14th BRICS Summit in Beijing is just wrapping up. They are forming a new multi-polar system.

Beginning in 2009 amid a financial crisis, the main goal of that year’s first BRICS (or BRIC as it was then) summit in Yekaterinburg was to improve the global economic situation and reform financial institutions.

These countries say they are democratizing the global economic system that the US “illegally and irresponsibly” “crashed”.

The head of China’s Central Bank bluntly called for abandoning the dollar as the global reserve currency in 2009 because of a lack of faith in US monetary leadership.

Russia is already developing its own currency and financial system.

India wants a new financial system and will not sanction Russia. They see it as against their interests and as establishing a bad precedent where countries could essentially be excluded from the international community over political disagreements.

They have begun the endeavor. China has replaced the International Monetary Fund and the World Bank as the world’s largest net creditor. BRICS established the New Development Bank in 2014.

Now they are working on security and a stable economic and financial system.

The US-led G7 and the North Atlantic Treaty Organization (NATO) will convene soon. Of note, NATO will draft its first “strategic concept” – the document which defines the organization’s objectives and principles. It is anticipated that it will expand the military bloc’s reach far beyond Europe. Probably to the Asia-Pacific. It represents a serious challenge to China’s neighborhood.

Stunner! India and Russia Looking to Trade Without the $March 16, 2022In “Home of News, Politics & Opinion”

Bombshell: Saudis Might Accept the Yuan for CCP Oil SalesMarch 15, 2022In “Home of News, Politics & Opinion”