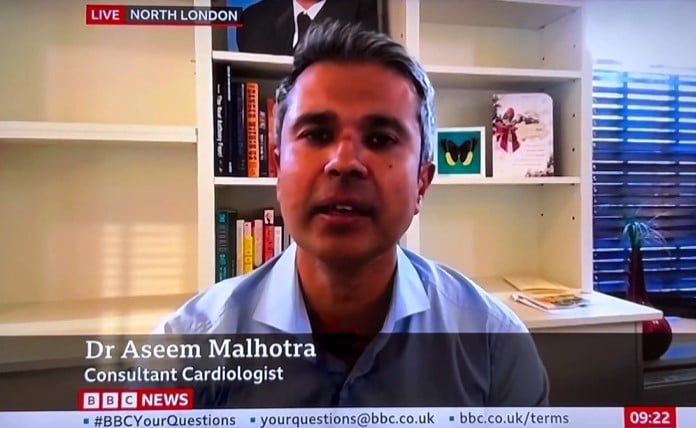 According to Dr. Malhotra the deaths were likely linked to the experimental mRNA COVID vaccines.

Dr. Aseem Malhotra: This is probably a contributing factor. The mmRNA COVID vaccines do carry a cardiovascular risk. And I’ve actually called for a suspension of this pending an inquiry because there is a lot of uncertainty at the moment on what is causing the excess deaths.

The UK and US have seen a serious spike in excess deaths this past year. Both countries implemented vaccine mandates during the COVID pandemic.

Cardiologist says likely contributory factor to excess cardiovascular deaths is covid mRNA vaccine and roll out should be suspended pending an inquiry.

We did it. We broke mainstream broadcast media