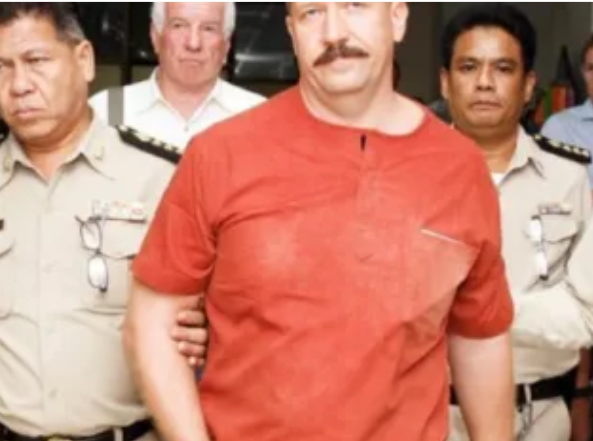 THIS MAN IS BEYOND DANGEROUS – HE HATES AMERICA- AND BIDEN MAKE A SWAP FOR HIM???

President Biden speaks on Britney Griner’s release: “ …Moments ago I spoke with  Britney Griner. She’s safe, she’s on a plane, she’s on her way home after months being unjustly detained in Russia…”

“We’ve not forgotten about Paul Whelan who’s been unjustly detained in Russia for years. This was not a choice of which American to bring home… sadly for totally illegitimate reasons, Russia is treating Paul’s case differently… and while we have not yet succeeded in securing Paul’s release, we are not giving up …”

Ms. Griner was exchanged for monster Viktor Bout, a prolific killer, The Merchant of Death.

Rarely does the U.S. government want anyone more than it wanted Viktor Bout, known as the “Merchant of Death.” U.S. government officials say Bout became the world’s most notorious arms dealer by fueling civil wars around the world. Courted by drug lords and dictators, the U.S. saw him as a threat because of his ability to arm terrorists targeting the United States.

No one could catch him until a complex plan was developed and enacted.

“Viktor Bout in my eyes is one of the most dangerous men on the face of the Earth,” Michael Braun, the former chief of operations for the U.S. Drug Enforcement Administration, told correspondent Armen Keteyian.

“AK-47s not by the thousands but by the tens of thousands,” Braun explained.

“So he weaponizes civil war in Africa,” Keteyian remarked.

The prisoner swap leaves retired U.S. Marine Paul Whelan imprisoned in Russia. Whelan was arrested in Russia after attending a friend’s wedding and has been jailed for 4 years on espionage charges the US claims are illegitimate. Whelan is serving a 16-year sentence.

REPORTER: “How does this deal not send a message to Russia and to other governments that if they wrongfully detain [Americans], that they will have some of their most dangerous criminals, in this case the ‘Merchant of Death,’ released?”

KJP: “I cannot speak for other countries.” pic.twitter.com/8NcqX5pV4P