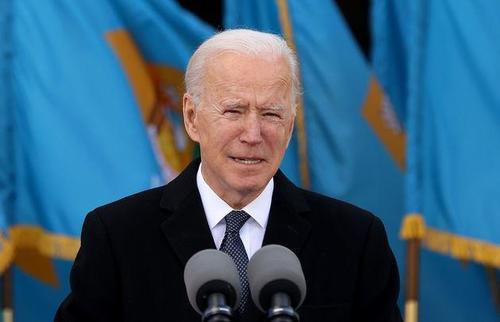 While Congressional Democrats spar over the ultimate size of President Biden’s “Build Back Better” economic plan, Bloomberg astutely points out that Americans have no clue what they’re signing up for with their tax dollars. In fact, according to a CBS News poll published Oct. 10, just 10% of Americans say they know the specifics of the bill, while only 1/3 think it would benefit them directly.

What’s more, “Not even Congress knows what the bill would accomplish, with the contents of the plan changing day-by-day as Democrats squabble over how much it should spend, who it should benefit and who should pay for it.”

For example, on Tuesday, the White House suggested it would jettison free community college. The next day, Democrats were focused on proposed tax hikes after moderate Sen. Kyrsten Sinema (D-AZ) put her foot down over corporate and personal tax rates.

In an attempt to provide some clarity (don’t hold your breath), Biden on Thursday night held a CNN town hall-style event (on the same night as Dune’s US release).

In short, their messaging sucks.

“I will state the obvious, but they need to shift the focus away from process to policy. So far, the coverage around their proposal is all around Democratic divisions, which inevitably makes it impossible to sell,” said former Marco Rubio communications director, Alex Conant. “Frankly, they need to talk about what their goals are,” he added. “Why is this necessary?”

Republicans, on the other hand, are clear on their messaging; “Massive government spending leads to massive tax hikes,” according to GOP strategist Ron Bonjean. “When you have a shifting number and shifting programs, it becomes confusing to follow.”

Instead of focusing on the legislation’s new investments in child care, the elderly, education, healthcare and climate change, Democratic lawmakers have openly haggled over the price tag. A standoff between the party’s progressive and centrist factions has created cable news-ready drama.

“Given how much is wrapped up in this package, it was always going to be a long and intense negotiation,”  said Ben LaBolt, a former spokesperson for President Barack Obama. “One way to start is to build the case for the way this will help middle class families and focus the public on those conversations, while at the same time preserving room for the closed-door negotiations to bring all of the elements of the party together for the biggest, most comprehensive approach possible.” -Bloomberg

In a Wednesday speech in Scranton, PA, Biden tried – and failed – to  convey how his economic agenda would help working class families – by intermingling stories about growing up in the area and programs contained in the legislation.

“Frankly, they’re about more than giving working families a break; they’re about positioning our country to compete in the long haul,” said Biden, doing his usual poor job of reading a teleprompter. “Economists left, right, and center agree.”

Meanwhile, Biden – let’s face it, Biden’s ‘advisers’ have failed to ink a final compromise between warring factions of Democrats. For the Build Back Better plan to pass, every single Senate Democrat must be on board. As moderates Sinema and Joe Manchin (D-WV) balk on the price tag and demanding deep cuts, progressive House Democrats are sure to similarly balk at passing the smaller, $1.2 trillion infrastructure package that’s already passed the Senate.

While advocacy groups have started to spend heavily to promote policies in the plan, most of the discussion remains centered on its cost.

Biden’s advisers are banking on the presumption that ordinary Americans don’t pay much attention to the machinations of everyday Washington. Much as they were during the presidential campaign, the president’s aides are largely dismissive of what they call horse-race stories.

But Biden’s team had a much easier time selling his pandemic relief legislation, the American Rescue Plan, in March, with its convenient focus on three clear issues — money for vaccines, money to re-open schools and checks sent directly to American households. -Bloomberg

“They haven’t laid out why we need this, other than Democrats are in power now and aren’t going to have it again for a long time,” said Conant.

Good luck with that.