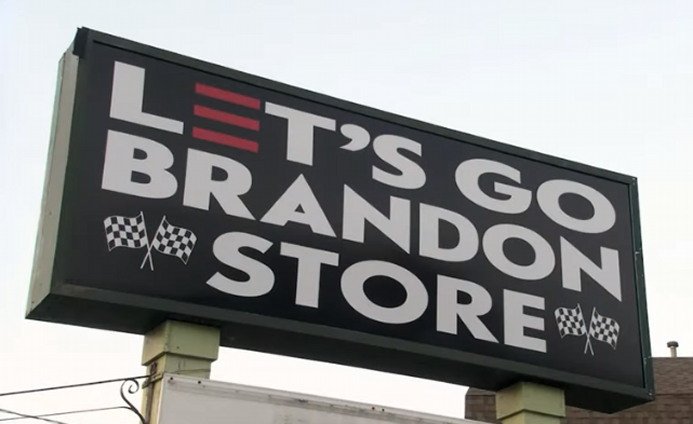 Have you heard about the ‘Let’s Go Brandon’ store that opened in Massachusetts?

Business is booming and the owner is now talking about opening additional locations in New England.

It turns out there’s a lot of voter remorse out there over Biden.

Owner Keith Lambert told FOX Business he plans to expand his business into Salisbury and Cape Cod, Massachusetts – increasing his locations from eight to 10 to keep up with the demand during the Biden presidency.

“A customer came into one of our locations [Tuesday] and bought a Let’s Go Brandon sticker and went out to his car and stuck it over his Biden sticker,” Lambert said. “And that was it, he was just like, ‘I’m done with this guy.’”

The phrase, “Let’s go, Brandon,” took the internet by storm in early October after an NBC reporter at a NASCAR Xfinity Series race incorrectly reported that fans in the stands were chanting “Let’s Go Brandon” following a victory by driver Brandon Brown, when they were really shouting, “F— Joe Biden!” The phrase has since become a wildly popular anti-Biden rallying cry, breaking out at concerts, sporting events and even churches.

BUSINESS IS BOOMING: The owner of a ‘Let’s Go Brandon’ store chain says he will be expanding to 10 locations to keep up with the demand during the Biden presidency#[email protected]://t.co/p4MYxmAAcW

This guy came up with a brilliant business idea.