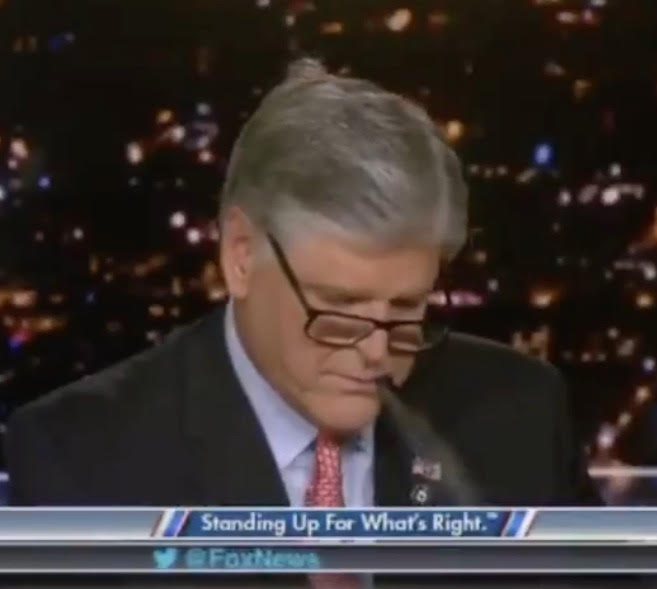 Sean Hannity Thursday evening was taken off-guard during a commercial break and got busted hitting his Juul.

Laura Ingraham took a sip of water and made fun of Hannity, “Oh, am I on camera now? It happens to the best of us, Hannity.”

She continued, “Those moments are cute.”

Sean Hannity was just busted hitting his Juul on Live-Television and Laura Ingraham makes fun of him for it.