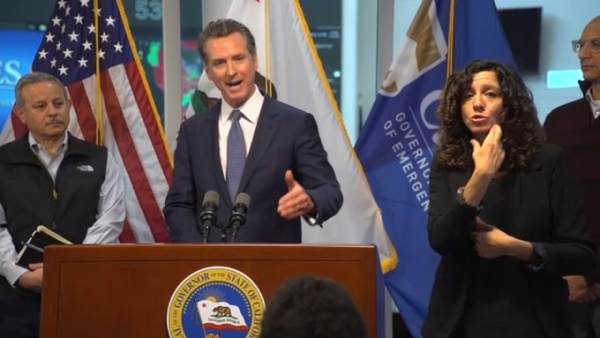 According to the California Department of Corrections, the state is set to release up to 18,000 prisoners by the end of August to ‘slow the spread of COVID-19.’

Officials in California say releasing prisoners will help protect the “health and safety of the incarcerated population.”

“These actions are taken to provide for the health and safety of the incarcerated population and staff,” Department of Corrections and Rehabilitation Secretary Ralph Diaz said in a news release. “We aim to implement these decompression measures in a way that aligns both public health and public safety.”

An estimated 8,000 inmates could be eligible for release by the end of August, in addition to the state’s reduction of about 10,000 inmates since Gov. Gavin Newsom declared a state of emergency in March, the state Department of Corrections and Rehabilitation (CDCR) said.

The CDCR says its previous “pandemic emergency decompression efforts” have reduced inmate populations system-wide by approximately 10,000 people already, to reduce the risk of COVID-19 transmission within its facilities.

According to the CDCR, of the state’s approximate 115,000 inmates, roughly 2,400 prisoners have tested positive for the coronavirus, and at least 31 prisoners have died from COVID-19 related illnesses – accounting for roughly 2 percent and 0.026 percent, respectively, of the inmate population.

Violent criminals, pedophiles and sex offenders are being released by the thousands in California as Democrat tyrant Gov. Gavin Newsom announced his second lockdown.

Newsom on Monday announced a complete shut down of indoor dining, theaters, bars, museums and zoos due to an increase in Coronavirus ‘cases.’

There is no end date to the lockdown and Newsom said Black Lives Matter protests are allowed!