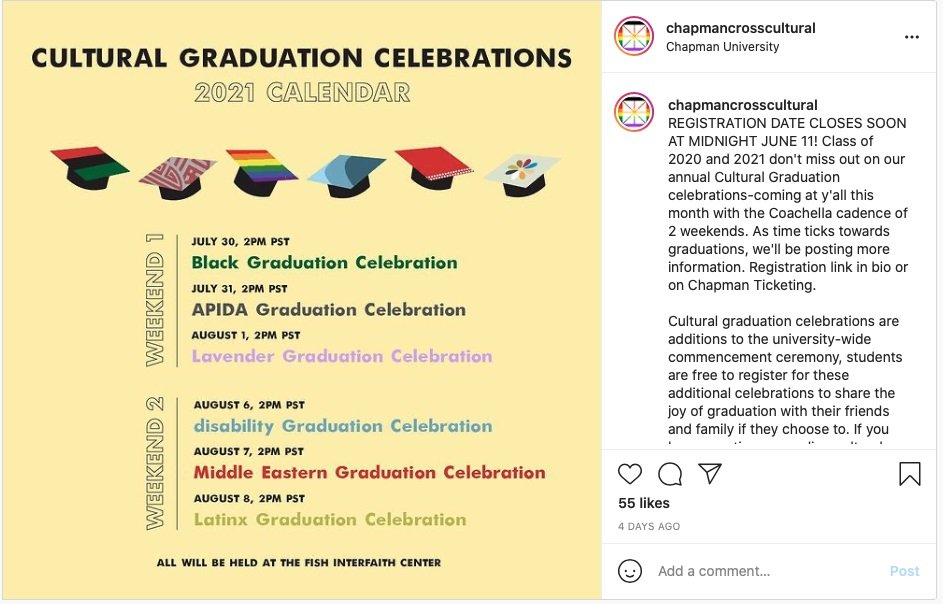 The segregated ceremonies, which will be taking place in addition to the main commencement, will take place on July 30, July 31, August 1, August 6, August 7, and August 8.

“Cultural graduation celebrations are additions to the university-wide commencement ceremony, students are free to register for these additional celebrations to share the joy of graduation with their friends and family if they choose to,” a post on the college’s Cross-Cultural Center’s Instagram stated.

“People claiming to be fighting racism are the ones unintentionally re-popularizing it,” Buckner stated. “There is no separate graduation for exceptional academic achievement, but one for someone’s skin color. The lack of attention to exceptional individual achievement while simultaneously only looking through the prism of race is concerning for our future.”

Chapman’s Vice President for Student Affairs and Dean of Students Jerry Price defended the “Cultural Graduation Ceremonies.” He told Campus Reform that they are “held to honor the dedication and resilience of students from underrepresented communities. Price said there are “no restrictions on student participation” as “students of any race who identify as allies of these groups” can attend.