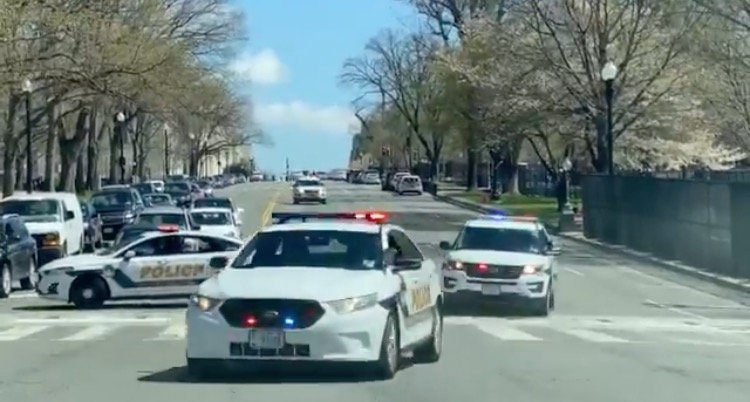 Biden’s authoritarian regime is expanding its power at an alarming rate in the aftermath of the January 6th protest.

Last week, after Nancy Pelosi announced that they would be opening ‘state-police’ offices in key regions across the country, the Capitol Hill Police are now being reclassified as “an intelligence-based protective agency.” They will be given access to high-powered US military surveillance equipment that is traditionally used to monitor enemy forces in war zones.

STUNNING! In a Congressional First Pelosi Opens Satellite Field Offices for DC Capitol Police in Florida and California to Deal with Regional Threats

On July 2nd, Secretary of Defense Lloyd Austin granted the use of 8 ‘Persistent Surveillance Systems Ground – Medium (PSSG-M) units’ to the federal police force. The equipment will be added to the current security infrastructure and be used to help assist “steady-state” missions and monitor US civilian actions to “identify emerging threats.”

The technology was frequently used in Afghanistan and Iraq to gather intelligence on enemies in hostile regions. Now it is being used to spy on and create intelligence profiles of American citizens.

The army will install the units and train USCP officers on how to use them.

Data collected from the PSSG-M units can be used to create “pattern of life” analysis and its extremely high-definition cameras allow it to track hundreds of moving targets in a large area over long periods of time.

The Capitol Police are disclosing very few details on where and how they plan to use the equipment. They said in a press release that they would be sharing data between, and increasing their collaboration with, other law enforcement and intelligence agencies to crack down on dissenters who threaten their narrative.

“USCP leadership has increased intelligence sharing and collaboration between all of our local, state and federal law enforcement partners as well increased our partnership within the intelligence community and Congressional stakeholders.

The Public Information Office is now engaging with the community on Facebook, Twitter, Instagram, and YouTube, as well as increasing the number of news releases to keep the media and local community informed.” – USPC press release.

It’s clear that the neo-marxists are terrified