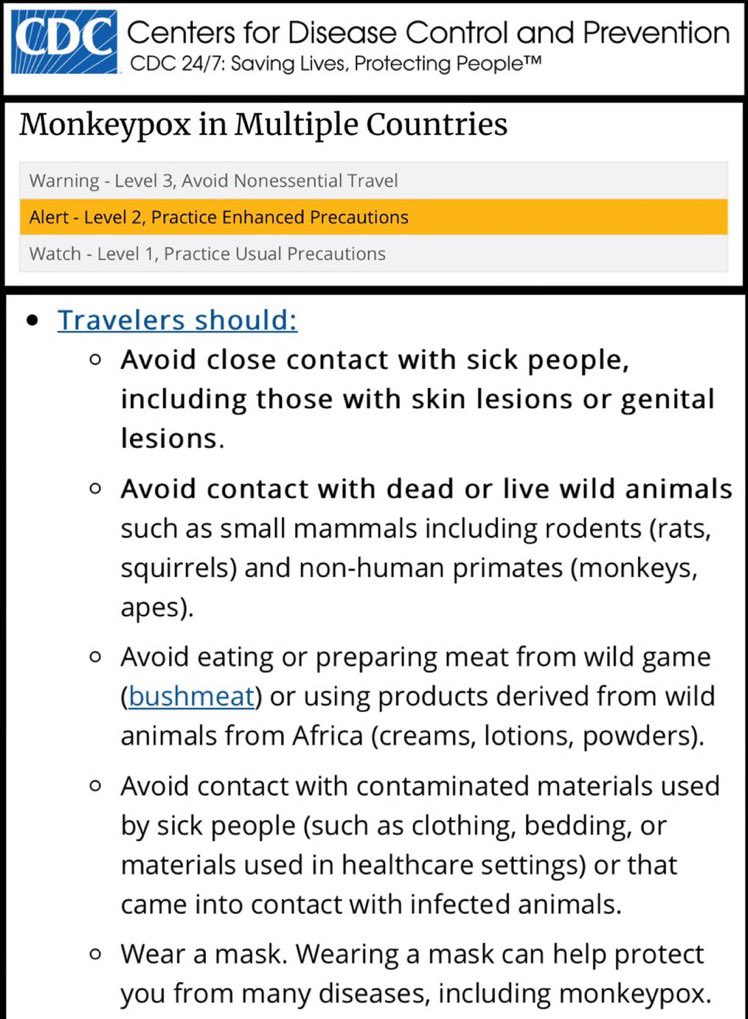 The U.S. Centers for Disease Control and Prevention (CDC) on Tuesday removed the mask guidance from its monkeypox travel notice less than one week after they initiated the policy.

The CDC upgraded the monkeypox alert to level 2, advising travelers to practice extended precautions, including wearing a mask six days ago but was only picked up by news media outlets including The Gateway Pundit.

After it was reported by the news media outlets, the CDC was criticized for its confusing policy.

TGP’s Michael Robison previously reported that the guidance regarding mask-wearing is no longer present on the CDC website as of June 7, while the rest of the guidance for travelers remains in place.

On Tuesday, a CDC spokesperson confirmed they removed the mask recommendation to avoid “confusion.”

More from the DailyMail:

A spokeswoman for the agency told DailyMail.com today that it was removed because of concerns many Americans were being left unsure how to protect themselves abroad.

They stressed that the advice to wear coverings was ‘specifically for people who are traveling’ rather than the general public, and added that any future updates would be accompanied by a public announcement.

An expert said today it was ‘unfortunate’ that the CDC had put up and removed the advice, because it was bound to further harm public trust in the agency.

Monkeypox can only be spread by people showing symptoms of the virus, and typically transmits through physical contact with infectious skin lesions. But in some cases it can also be spread through breathing in droplets from infected people.

Screen captures from the WayBack Machine — the internet’s un-official archive — revealed the back pedal from the agency.

In a grab from June 6, one bullet point on the travel alert read: ‘Wear a mask. Wearing a mask can help protect you from many diseases, including monkeypox.’

This had been deleted by the following day, however.

The advice did not say which groups should wear a face mask or in which settings they may be needed to protect against monkeypox.

Separate guidance for healthcare professionals says that face masks should be worn when someone is ‘within the presence’ of a monkeypox patient.

It adds that disposable gloves should also be used to avoid direct contact with skin lesions.