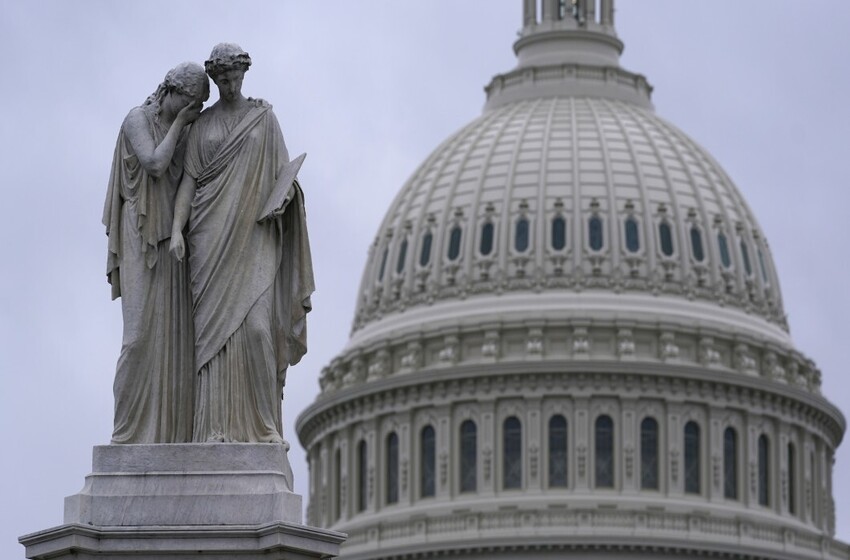 Centrist House Republican lawmakers say they will not support Democratic moves to impeach and remove President Trump during his final days in office.

House Speaker Nancy Pelosi told reporters Friday that lawmakers will aim to impeach and remove Trump before Jan. 20, if Vice President Mike Pence does not invoke the 25th Amendment.

During the speaker’s weekly press conference, the California Democrat said the president must be held accountable for inciting sedition as a result of the pro-Trump mob that busted into the Capitol on Wednesday while Congress debated the certification of contested states in the Electoral College.

Several GOP members of the House Problem Solvers Caucus told the Washington Examiner that attempting to remove Trump before President-elect Joe Biden and Vice President-elect Kamala Harris are sworn in on Jan. 20, just 12 days from now, is a disruptive move.

Rep. Tom Reed, a centrist New York Republican, told the Washington Examiner he will not support impeachment, saying that doing so would be divisive.

A spokeswoman from the office of Rep. Dusty Johnson, a second-term South Dakota Republican, told the Washington Examiner in an email statement, “There are only a few days left of this presidency. Impeachment is the single most divisive thing Democratic leadership could do. Anyone who thinks that’s good for our country right now hasn’t been paying attention.”

Nebraska Republican Rep. Don Bacon commented on the Democrats’ move to impeach Trump, saying, “This is a decision for the VP and the Cabinet. The president committed to a peaceful transition of power.”

Freedom Caucus Chairman Andy Biggs, an Arizona Republican, explained during a radio interview on Friday that Democrats want to attempt to remove Trump promptly to attempt to stop him from issuing last-minute executive orders.

“They’re crazed with hatred toward this president and have been,” Biggs said. “As we’ve seen on public display for more than four years.”

Rep. Alexandria Ocasio-Cortez, a New York Democrat and prominent member of the left-wing “Squad,” warned congressional Republicans that not helping to remove Trump before Jan. 20 would not be in their best interests.

“To my GOP colleagues: know that this President incited an insurrection against and incited his mob to find, harm, and possibly kill not just Democrats, but you, too,” she said in a tweet. “He *will* allow opportunities of physical harm against you if you aren’t sufficiently loyal to him. Remove him.”