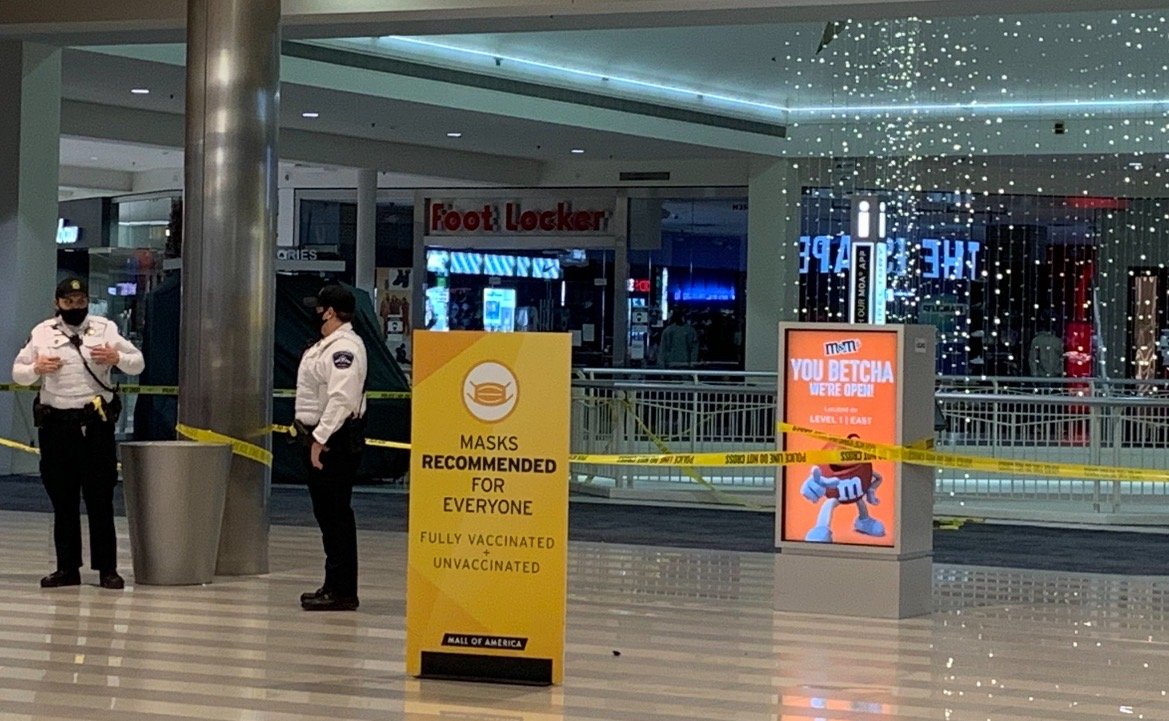 Two people were injured on Friday after a ‘shooting incident’ at the Mall of America in Minnesota.

The Mall of America is a ‘gun free zone’ – guns are banned on its premises.

According to law enforcement, the shooting started with an altercation between two males.

No arrests have been made and the suspect fled the scene.

We are on scene of a shooting incident at MOA. The scene is secure, and after a short lockdown, the mall is back to normal operation. 2 injured with non life threatening injuries. We are no longer looking for the suspect at the MOA.Will update media with time and location soon

Two people were shot and wounded following an apparent altercation at the Mall of America Friday night, sending shoppers scrambling for safety and placing the mall in a temporary lockdown.

One man suffered a gunshot wound to the leg and another was grazed at 5 p.m. while on the third floor of the mall, police said. Shoppers ran for cover and the mall was evacuated until the lockdown ended after about 45 minutes, a mall official said during a news briefing. The suspect fled the scene, according to police.

Deputy Bloomington Police Chief Kim Clauson said police were working on the third floor when an officer heard a gunshot, with police and mall security arriving within a minute. The man shot in the leg was taken to taken by ambulance by Allina paramedics, while a second victim, who was grazed, was treated at the scene and released.

No arrests have been made, and the suspect is believed to have fled the mall. Clauson said the shooting did not appear to be random.

“Deputy Chief Kim Clausen says at approximately 5 p.m. a Bloomington police officer heard one shot fired on the 3rd floor of the mall,” Fox 9 Minneapolis reporter Mary McGuire reported. “One man was shot in the leg, another was grazed by a bullet.”

Deputy Chief Kim Clausen says at approximately 5 p.m. a Bloomington police officer heard one shot fired on the 3rd floor of the mall.

One man was shot in the leg, another was grazed by a bullet.

Shooting started with an altercation. pic.twitter.com/CUVb9E5hBH

People were seen screaming and running out of the food court after the shooting.

Active shooter at the Mall of America food court – this video is from 4:55 pm as people fled down the stairwell to safety #moa#shooter#gunman#[email protected]@ABCpic.twitter.com/Pb2o0PUBXa