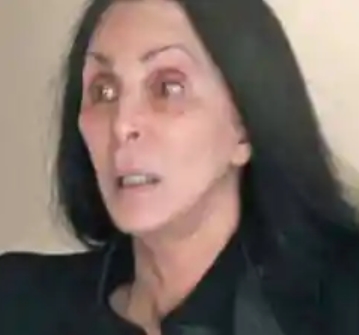 Cher caught the flu, and we hope she feels better soon. However, she is stupidly blaming so-called anti-vaxxers for her decision not to get the flu shot. In the first tweet, Carmine Sabia reminds her that she wouldn’t take a Trump vaccine. So, now we are to believe she didn’t get her flu shot because of anti-vaxxers, who she would say are mostly Trump supporters.

Cher needs to learn to think for herself.

Personally, I’m done with the COVID vaccines, but not real vaccines. I took the first two Pfizer shots, had an unnerving reaction, and don’t want boosters every two months when they don’t prevent the spread or protect anyone from catching COVID. A recent study indicates they don’t protect from severe illness or death. Most people now hospitalized or dying are vaccinated.

My husband and I have COVID. The doctor gave my husband, Molnupivir. I just posted an article about that. Dr. Panda said it needs to be stopped immediately since it potentially causes cancerous tumors five to ten years later. It also potentially causes birth defects. It did both in animals. I talked him out of taking them and gave him ivermectin.

We felt better within 20 minutes. I’m not a doctor and can’t confirm it was because of the ivermectin.

Getting back to Cher, most people opposed to the vaccines, which now clearly have adverse effects, are not anti-vaxxers.

I had my flu shot since it’s still a vaccine, not experimental gene therapy. There was no reason for her to avoid the flu shot. She needs to grow up or stop lying or both.

Cher blaming ‘anti-vaxxers’ for a choice she made..🤣 pic.twitter.com/wGdBv30RsZ

LA Writer Says Anti-Vaxxers Should Die and Be MockedJanuary 11, 2022In “Home of News, Politics & Opinion”