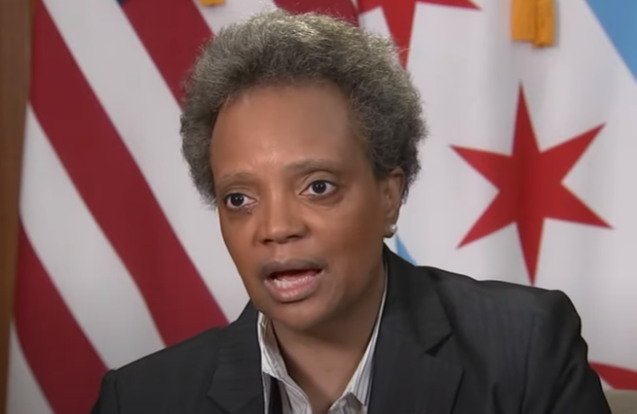 Meanwhile in the Democrat hell hole of Chicago…

92 people were shot, 16 fatally in a bloody 4th of July weekend in Chicago.

6 children were among the injured in Chicago’s deadliest and most violent weekend of 2021.

In the deadliest and most violent weekend this year in Chicago, 92 people have been shot over the long Fourth of July weekend, 16 of them killed.

Among the 76 wounded were six children and teenagers and two Chicago police supervisors. Five of the kids were shot within nine hours Sunday evening through early Monday.

In one of the holiday weekend incidents, two people were killed and four wounded, including a 12-year-old girl and a 13-year-old boy early Monday in Washington Park on the South Side.

Lightfoot over the weekend blamed President Trump for the surge in violence in the Windy City.

“It is incredibly gratifying to have a partner in the White House who understands the appropriate and unique role that the federal government has to play in public safety at the local level; for four years we were ignored, over and over again,” Lightfoot said about Chicago’s crime surge during her Friday evening briefing, which came after meeting with the Chicago City Council that was spurred by Newsmax questioning one week ago. “I started raising these issues from the moment I became mayor. We needed more help from our federal partners.”

According to a Chicago Sun-Times database, Chicago has recorded 2,000 shootings this year so far!