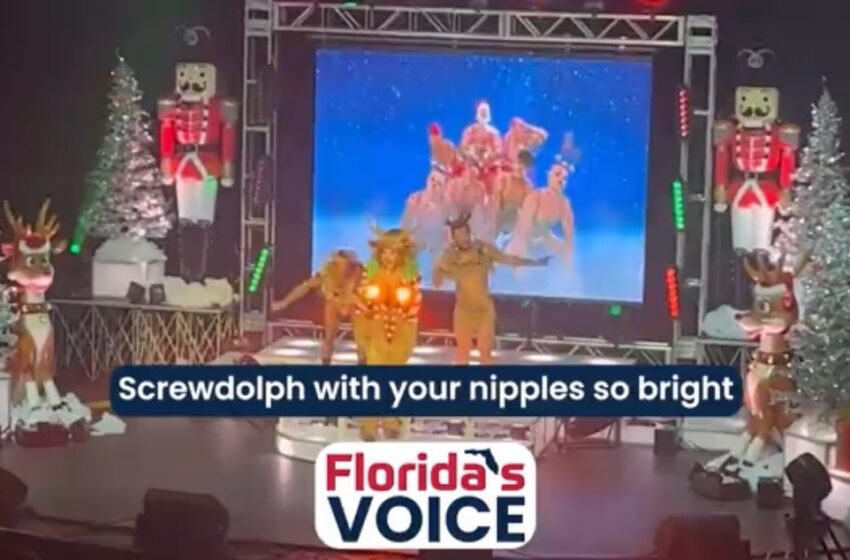 “Screwdolph with your nipples so bright! Won’t you guide by sleigh tonight?’ one of the performers sang as the queens danced suggestively.

JUST IN: Children are in attendance of an Orlando drag show where performers are sexually dancing to the song ‘Screwdolph’ pic.twitter.com/JCBFQRjhkp

A child was spotted in the audience watching the drag show.

WATCH: A child is seen in the audience watching sexual drag performances pic.twitter.com/vpl1J3js6f

The DeSantis Administration warned the venue of Wednesday night’s drag show that their license would be pulled if children were in attendance.

The Florida Department of Business and Professional Regulation announced on Tuesday they are investigating the “Drag Queen Christmas” all-ages drag show which took place on Monday.

“Exposing children to sexually explicit activity is a crime in Florida, and such action violates the Department’s licensing standards for operating a business and holding a liquor license,” the department said.

Officials will be looking through video and photos of the ‘all ages Christmas drag queen’ show in Fort Lauderdale and other venues.

“Exposing children to sexually explicit activity is a crime in Florida” pic.twitter.com/oTjtlUI5GS