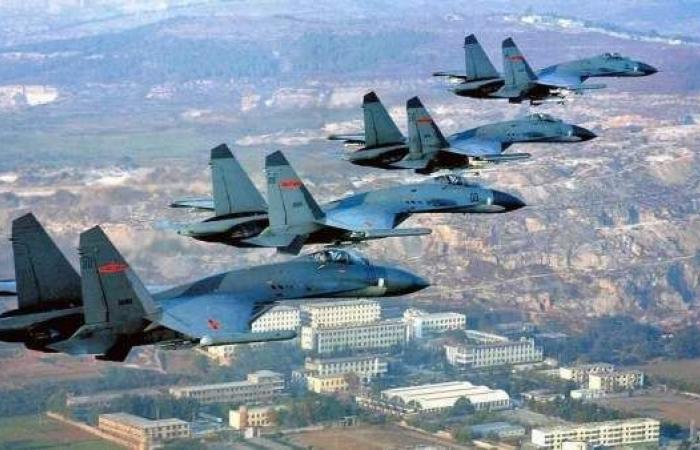 China sent warplanes to the Taiwan Strait on Tuesday, delivering a powerful warning ahead of House Speaker Nancy Pelosi‘s visit to the island Tuesday afternoon.

The Chinese, who warned Pelosi not to visit the small island, sent the military planes to the Taiwan Strait, which marks the dividing line between China and Taiwan. Despite China’s warning, the United States said it would not be intimidated by the country’s “saber-rattling.”

“Faced with reckless U.S. disregard of China’s repeated and serious representations, any countermeasures taken by the Chinese side will be justified and necessary, which is also the right of any independent and sovereign country,” Chinese Foreign Affairs Ministry spokeswoman Hua Chunying said Tuesday, according to Reuters.

Beijing’s reaction to Pelosi’s visit may include firing missiles near Taiwan, conducting large-scale air or naval activities, or making “spurious legal claims” such as asserting that the Taiwan Strait is not an international waterway, according to White House national security spokesman John Kirby.

“We will not take the bait or engage in saber-rattling. At the same time, we will not be intimidated,” Kirby said Monday.

President Joe Biden told Chinese President Xi Jinping on Thursday that the U.S. has no plans to undermine peace or stability regarding Taiwan, which China claims as its own territory.

China’s threats came on the second day of Pelosi’s trip to Asia, the American politician began her trip in Singapore on Monday. Pelosi will conduct her meetings on the island Wednesday, with plans to meet Taiwanese President Tsai Ing-wen and a collection of activists who oppose human rights violations imposed on the mainline of China.

Taiwan is claimed by Beijing despite the island’s protestations that it is self-governed. The U.S. does not have diplomatic ties to Taiwan.