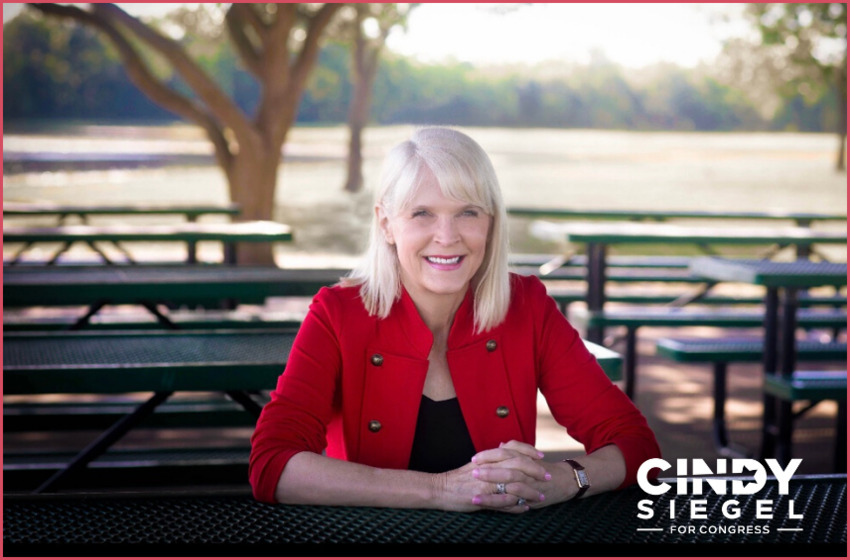 Hi, my name is Cindy Siegel and I am a conservative Republican who wants to take back Texas Congressional District 7 from big government Democrats. This district has historically been held by a Republican.  Then with the Democrat sweep across our urban areas in 2018, this seat was won by Democrat Lizzie Fletcher.  Lizzie ran on a platform of being an independent voice in Congress, but she has walked hand-in-hand with Nancy Pelosi.

I believe that family, faith, and freedom are the bedrock of our great nation and that the Democrats have abandoned traditional Conservative values.  I am blessed to be a wife of 28 years and the mother of two wonderful daughters.  My daughters are 22 and 25 and are starting their adult lives and careers.  They are excited (and a little nervous) about what their future will hold.  Both of my girls believe, though, that they can achieve the American dream because that is how their father and I have raised them.

I used to think that our greatest enemies were outside of our country, but now I believe they exist within.  Like you, I’ve watched the Democrats push our country towards Socialism.  People on the Left want to fundamentally change our country forever.  Their policies will bankrupt our country and rob my daughters of the chance to achieve their American Dream. I decided to run for Congress to fight for all of our families because our children and our country are worth the fight!

I came from a modest background growing up on a farm in Kansas.  My WWII veteran father and my mother raised my brother, sister and me in a Christian home where we were taught the value of hard work and independence at an early age. I worked my way through college.  After college I moved to Houston and earned an MBA in Accounting and Finance at the University of Houston.

I am a CPA with over 35 years of experience serving individuals and small businesses. I understand how big government hurts business through high taxes and over-regulation. I have fought and won against the IRS for my clients. Frustrated by government bureaucracy at all levels I decided to do my part to make things better in my community. In 1994, I ran for Bellaire City Council (a small enclave city in the middle of Houston) and served six years. I was elected as Bellaire’s Mayor for four terms where I fought to control taxes, streamline bureaucracy, maintain the infrastructure of a thriving city, and improve our community for families.

I voted for President Trump in 2016 because I believed he was the only one who could end the corruption. I will vote for him again this November.  I support his fight to fix our broken immigration system and control our borders. I support rebuilding our military because peace comes through strength. I support a patient-oriented private health care system rather than a federal health care bureaucracy.

I believe we need a balanced budget amendment and term limits because Congress has been unable and unwilling to make the tough decisions and they forget that they work for us the longer they are in Washington.  I am pro 2nd Amendment and oppose restrictions on our legal right to bear arms.   I am also pro-life because I almost lost my first child during the early stages of pregnancy.  No one can tell me that when I saw her on the ultrasound and heard her heartbeat – that she wasn’t a living baby.  I believe in the sanctity of life.  You can find out more about my platform at:  https://cindysiegel.com/issues/

The Texas Republican Primary is on March 3rd.  I have been working hard to spread my message that it is time to return conservative Christian values to Congress and take this district back from Lizzie and the DC Swamp.  My campaign is based upon strong grassroots – not big donors or lobbyists.  I won my first election for Bellaire City Council due to grassroots support and am working to bring the same results to this campaign.

I hope you will join with me and the other patriots who believe it is time to send a message to the Democrats that we are taking our country back and protecting our children’s future!

I appreciate any help you can give by spreading the word on social media about my candidacy or donating to my campaign at:  https://cindysiegel.com/donate/ .

Thank you for your prayers and support!