The long-term motives and plans of the J6 committee and their coordination with the DOJ are starting to come into increased clarity as the mid-term elections draw near.

A key indicator of the strategy from within the J6/DOJ effort surfaced when the quasi-constitutional “committee” sent a subpoena to former President Trump legal counsel Pat Cipollone, then leaked the subpoena, then leaked the testimony, then shaped, edited and broadcast the testimony during their prime-time broadcast.   After the J6 broadcast, attorney Cipollene was then subpoenaed by the DOJ and recent reports indicate he is being called to testify before a grand jury.

The legal strategy, hereafter called by what it is, a Lawfare strategy, is now clear.

The legislative branch, specifically the J6 committee, is attempting to use their self-created legislative legal authorities, to fracture long established attorney-client privileges, and then send the results to the DOJ for use against the client of the attorney.  This explains the importance of former White House attorney Lisa Monaco taking up her position as Deputy Asst Attorney General.

The DOJ would be shut down by any ordinary court of jurisdiction, even in the heavily political Washington DC system, if they attempted to get a lawyer to give testimony about his legal advice to a client.  It is one of the most basic tenets and legal privileges in our system.

Attorneys cannot be compelled to give testimony against their clients, it is a standard long accepted in our legal system.  Any attorney who would break the confidence of the attorney-client privilege would lose their license.

Additionally, as the president, other privileges exist for President Trump, specifically the executive privilege to receive counsel or advice -from any person- on any issue that would pertain toward the administration of the executive office.  The president needs to be able to receive information in confidence, and the people giving advice and counsel need to be able to speak freely without fear the content of the conversation would later be used by another entity not involved in the issue at hand.

END_OF_DOCUMENT_TOKEN_TO_BE_REPLACED

Despite the overwhelming support of mainstream corporate media, Wyoming DeceptiCon Liz Cheney is likely to be crushed in the republican primary race on August 16.

In addition to voting to impeach President Trump and being removed from her congressional leadership position, DC Liz was one of only two republican votes to support the formation of the J6 Committee (the other was Adam Kinzinger).  DC Liz has been begging Wyoming Democrats to vote for her in the republican primary contest so she can save her seat.

In an embarrassing and genuinely pathetic last-ditch effort, her father, DC Dick, recorded a campaign commercial begging the people in Wyoming to support his daughter.

END_OF_DOCUMENT_TOKEN_TO_BE_REPLACED

Keeping with historic trends in Puerto Rico, another corrupt governor has been arrested and indicted on corruption, bribery and fraud charges.  Wanda Vazquez Garced replaced Ricardo Rosselló after he was accused of racism and having a homophobic cabinet. 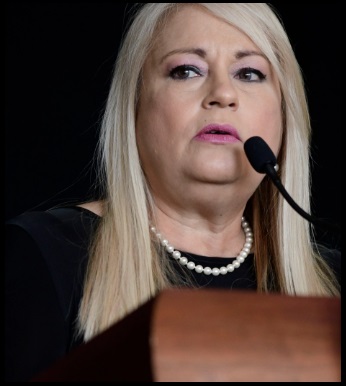 During her term in office, millions of dollars’ worth of Hurricane Maria aid was discovered being stored and sold on the black market from various warehouses. [Go Deep]

The hurricane supplies provided by U.S. taxpayers were never given to citizens and were instead being used by government officials and sold to retailers. The Housing Secretary (Fernando Gil), the Department of Family Secretary (Glorimar Andújar) and the director of Puerto Rico’s emergency management agency were all fired as part of the scandal.

Governor Wanda Vazquez lost her primary reelection bid in August 2020, and today was indicted for corruption, bribery and wire fraud.

(Via DOJ) -A former governor of Puerto Rico was arrested today on bribery charges related to the financing of her 2020 campaign.

Relatedly, a political consultant for the former governor and the president of the international bank have also pleaded guilty to participating in the bribery scheme.

END_OF_DOCUMENT_TOKEN_TO_BE_REPLACED

Under the Florida constitution the Governor has the authority to suspend state officials for reasons of misfeasance, malfeasance, neglect of duty, drunkenness, incompetence, permanent inability to perform official duties, or commission of a felony. The Governor has further authority to fill that office by appointing a replacement for the duration of the suspension.  Today, Florida Governor Ron DeSantis suspended Hillsborough County state prosecutor Andrew Warren for failing to enforce the laws of Florida.

Specifically, Andrew Warren had announced he would not enforce laws created by the Florida legislature that were as against his personal political outlooks. Warren publicly stated he would not enforce laws restricting abortion, anti-riot laws, and any law that sought to protect children from adult predators.  “We don’t elect people in one part of the state to have veto power over what the entire state decides on these important issues,” Governor DeSantis said.

Governor Ron DeSantis made the announcement of the suspension and replacement in Tampa, with a group of law enforcement and sheriffs from across the state. WATCH:

This was/is a bold move and Ron DeSantis is well supported in Florida for doing it.

TAMPA, Fla.— Today, Governor Ron DeSantis suspended State Attorney Andrew Warren of the 13th Judicial Circuit due to neglect of duty. The Governor has the authority to suspend a state officer under Article IV, Section 7 of the Constitution of the State of Florida.

The Governor has appointed Susan Lopez to serve as State Attorney for the period of suspension. She has most recently been serving as a Judge on the Hillsborough County Court. To view the order suspending Andrew Warren and appointing Susan Lopez, click here.

END_OF_DOCUMENT_TOKEN_TO_BE_REPLACED

WNBA player Brittney Griner was arrested in Russia in February for bringing cannabis oil into the country while traveling for a basketball game.  Griner brought vape cartridges with her containing cannabis oil, a prohibited substance in Russia.  Today the 31-year-old was sentenced to nine years in Russian prison, after she was found guilty of possession and smuggling of illegal drugs. 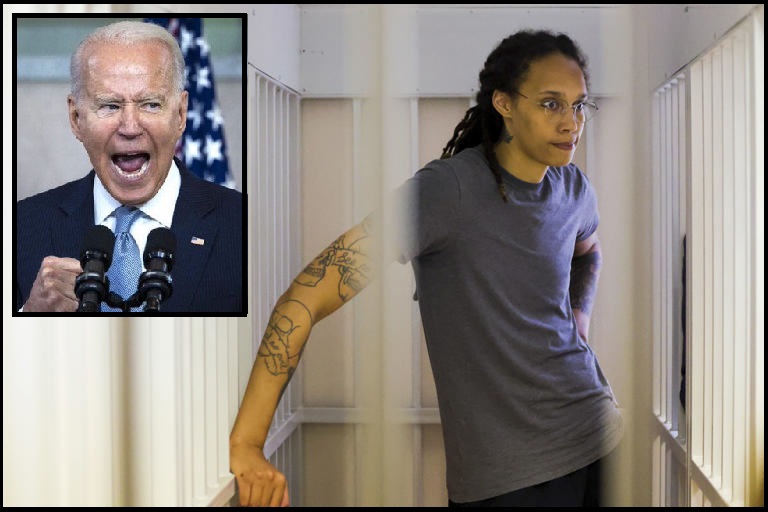 The Biden administration is attempting to work out a prisoner exchange where Griner and Paul Whelan, a former U.S. Marine detained in 2018 in Russia of espionage charges, would be released in exchange for Russian arms dealer Viktor Bout.

“Today, American citizen Brittney Griner received a prison sentence that is one more reminder of what the world already knew: Russia is wrongfully detaining Brittney. It’s unacceptable, and I call on Russia to release her immediately so she can be with her wife, loved ones, friends, and teammates.  My administration will continue to work tirelessly and pursue every possible avenue to bring Brittney and Paul Whelan home safely as soon as possible.”