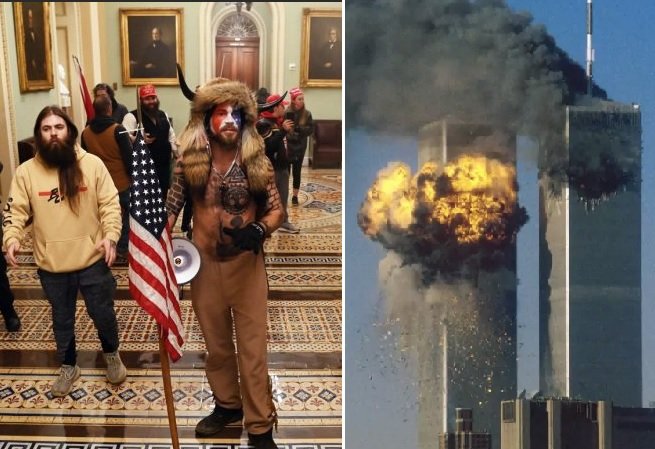 These people were hoping for mass slaughter on Jan. 6. The FBI and Antifa even infiltrated the Trump crowds to make sure the situation got violent.

But the damage was minimal. The violence could not even match a weekend night in Portland. And, the only one killed in cold blood was Trump supporter and veteran Ashli Babbitt who was gunned down by Capitol Police Lt. Mike Byrd.

These liberal pundits are just a joke.

The Storm Has Arrived reported: “These people are absolutely insane. I’m pretty sure that January 6th was supposed to a bigger, more deadly event than what actually happened and now these sick bastards just look like absolute idiots comparing it to 9/11.”

@matthewjdowd on the Capitol insurrection: “…Jan. 6 was worse than 9/11 because it’s continued to rip our country apart and give permission to people to pursue autocratic means.” #TheReidOut#reiderspic.twitter.com/41iSwYbEzZ