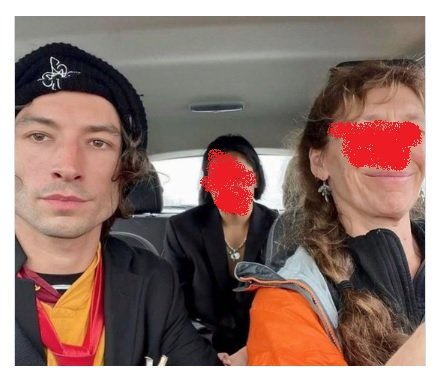 Creepy ‘Flash’ star Ezra Miller was arrested this week for abusing several women. Ezra Miller was also accused of child trafficking and abusing a minor from a Dakota Indian reservation for four years.

The family is now worried about their daughter’s condition.

My daughter Tokata Iron Eyes has not had a phone since Jan 2022, #EzraMiller has control of Tokata’s instagram. If you know Tokata’s whereabouts – please contact me. #MMIW#mmiw#WarnerBros#MuteRKelly#mniwiconi#rezpectourwater#metoo#equitynowpic.twitter.com/Iu6D5ij38H

TMZ broke a horrifying story about Ezra Miller on Wednesday, reporting that the star of Warner Brothers’ Flash has not only been arrested and accused of abusing several women but he is now accused of taking control of a minor Native American girl in 2017 from a reservation in South Dakota and supplying her with drugs and alcohol and trafficking her internationally for the last four years. Tokata Iron Eyes is now eighteen, and her parents say she has been under a cult-like control of Miller since she was twelve.

According to new legal docs, obtained by TMZ, Tokata Iron Eyes met a then-23-year-old Miller in 2016 — when she was just 12 — and the actor was visiting the Standing Rock Reservation in North Dakota. From there, Tokata’s parents say she and Ezra developed a friendship they believe puts Tokata at risk.

Tokata’s parents say Miller flew her to London in 2017 to visit the studio where “Fantastic Beasts and Where to Find Them” was filmed, as she was a big fan and Miller was a star in the movie. At the time of the trip, they say Tokata was 14 and Ezra was 25.

Tokata’s mother, Sara Jumping Eagle, is pleading for the public to help her locate her daughter and is asking authorities for a restraining order against Miller. Jumping Eagle has accused Miller of being a “spiritual voyeur” and using Native American spirituality for nefarious purposes. “Ezra Miller is [a] spiritual voyeur dabbling in various indigenous