President Trump is scheduled to arrive in Palm Beach, Florida tomorrow after departing Washington, D.C.  in the morning.

The President is scheduled to arrive in Florida after departing Washington, D.C. in the morning.  He has scheduled an event at the airport (Joint Base Andrew) for those who wish to send him off.  Unfortunate for the Republican Party, top Republicans will not be there:

But the people in Florida are ready for the President’s arrival.  Today people were sharing their flags above the highway in support of the President:

In addition, the police are outside of Mar-a-Lago awaiting the President’s arrival: 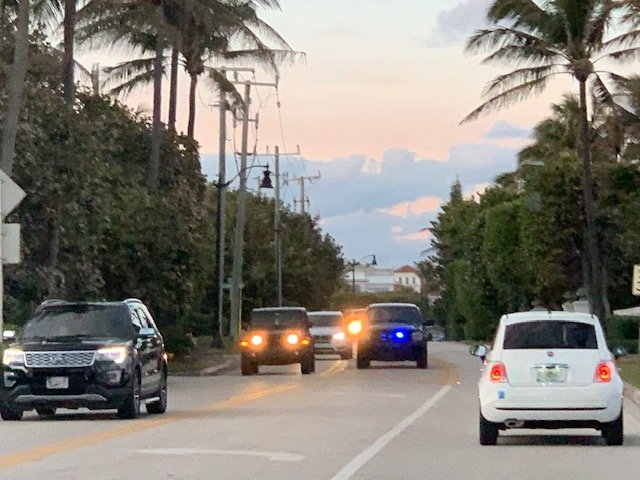 The Sun-Sentinel reports on the President’s arrival:

Joe Budd, president of the Trump Club 45 USA fan club, expects that a big crowd of flag-waving supporters will greet Trump when Air Force One lands at Palm Beach International. Some are planning to travel to Palm Beach from other parts of the state, he said, including a woman from the Gulf Coast who called him in tears.

“I expect a lot of emotion,” he said. “They want to be there. They want to welcome him home.”

Tomorrow will be an emotional day for many.