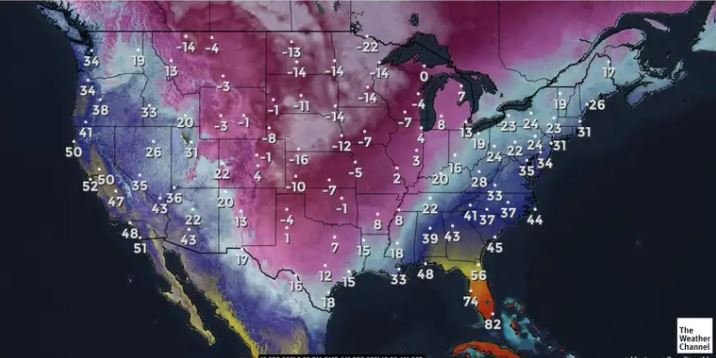 Power outages were initiated by the Electric Reliability Council of Texas early on Monday morning and lasted for days. This meant hundreds of thousands of Texans are without electricity for short periods of time. Temperatures fell into the teens near Dallas and 20s around Houston.

According to reports nearly half of the wind energy is down in West Texas after the turbines froze.

A helicopter running on fossil fuel spraying a chemical made from fossil fuels onto a wind turbine made with fossils fuels during an ice storm is awesome. pic.twitter.com/3HInc2qKb9

Seven days later the data shows that wind-power was the chief cause of the massive power outage.

With the worst of the Texas power crisis now behind us, the blame and fingerpointing begins, and while the jury is still out whose actions (or lack thereof) may have led to the deadly and widespread blackouts that shocked Texas this week, Cascend Strategy writes that “in case there was any doubt why the Texas grid collapsed, the data is clear”

Wind failed as “Ice storms knocked out nearly half the wind-power generating capacity of Texas on Sunday as a massive deep freeze across the state locked up wind turbine generators, creating an electricity generation crisis.”Natural gas made up the difference for a whileBut then everything else followed down

Oil and natural gas producer Texas could not keep up with the power needed last week because their Chinese wind mills froze up in the cold.

You really can’t make this up!