Watching any type of news on January 6 was gut wrenching for those of us who know the truth and are working so hard for many of the political prisoners.
To this day, over 80 of our fellow American citizens are being held in a Washington DC prison without due process.
It is prudent to point out that the Left has nothing to run on. They have spent the past year failing on every single issue facing America. So, to bridge that vast chasm they, with the support of their media cronies, are hyping up the lies about January 6.
We will see how the polling goes on this, but early indications are this is not working for the majority of voters.

Representative Andy Biggs explains what is really going on with the bogus Pelosi January 6 investigation.

Revolver News has done an amazing job of reporting on the FBI involvement.
Let’s concentrate on some good news.
###

1- Defending The Republic had good news yesterday in the case regarding the vaccine mandate.

We are currently involved in litigation on behalf of military service members relating to the COVID-19 vaccine mandate issued by Secretary of Defense Lloyd Austin, III. The government defendants had requested a complete stay of all discovery until their motions to dismiss – which have not been filed – are decided.

The court just denied that request. Notably, we are challenging the military services’ implementation of the Department of Defense vaccine mandate, as they are violating that mandate by administering unapproved vaccines. The court stated that “Discovery on that topic need not wait.”

This favorable ruling by the court provides the possibility that we may obtain the complete administrative record of the FDA’s “approval” of Comirnaty (the Pfizer-BioNTech vaccine), as well as other documents that might shed light on the unlawful and reckless Department of Defense vaccine mandate.

Coker v. Austin, case no. 3:21-cv-1211, in the U.S. District Court for the Northern District of Florida – Pensacola Division.

_________________________
2- It is a worry when people flee the draconian Blue States, that they bring their leftist politics with them. This does NOT seem to be the case in Florida. These are stunning numbers and the illustration is fun to study.

Twitter user TimDCpolitico took Florida’s voter rolls from March 31 of 2020 and compared them to the latest figures. The results, he says, are “jaw-dropping,” and I can’t think of a better way to describe them.

Here’s the county-by-county map Tim built with the numbers:

As you can see, the GOP now has a slight lead in registrations, having gained more than a quarter of a million party members in just the last nine months.

66 out of Florida’s 67 counties shifted towards the red. Three hardcore Democrat counties — Broward (!!!), Jefferson, and Madison — might in some races be considered additional battlegrounds Dems will have to defend.

3- Every little battle won in the fight against the mandates is moving toward a complete rescinding of the unconstitutional edicts.

“We are very grateful for this ruling in favor of our clients,” Berry said. “No longer can the Navy force service members to choose between their faith and serving their country.” He added: “If religious freedom means anything, it must mean that those who are sworn to protect our freedoms should not be forced to lose those very same freedoms.”

QUOTE: On Tuesday, Texas Governor Greg Abbott (R-Texas) filed a lawsuit against the administration of Joe Biden over the federal vaccine requirement for members of the National Guard.

Abbott’s lawsuit declares that the vaccine mandate for the Texas National Guard infringes on “Governor Abbott’s authority as Commander in Chief and on Texas’s sovereignty,” and that “it is unlawful for Defendants to attempt to override the Governor’s authority to govern his troops, and then leave him to deal with the harms that they leave in their wake.”

The lawsuit is in response to a policy implemented by an August memorandum from Secretary of Defense Lloyd Austin, declaring that all members of the American military must be vaccinated or else face discharge.

________________________
5- Arizonia Governor Ducey announced he will allow eligible families to take their children’s education dollars elsewhere if their public school closes due to Covid-CCP, even if it is for just one day. This is how you deal with the teachers unions; take away their funding if they are not doing their jobs.
Governor Ducey: “In-Person Learning Will Continue In Arizona

(Office of the Arizona Governor)QUOTE: If a school closes for even one day, students and families who meet the income requirements can utilize the Open for Learning Recovery Benefit Program — allowing students to access instruction that best meets their needs

“In Arizona, we’re going to ensure continued access to in-person learning,” said Governor Ducey. “Everyone agrees that schools should stay open and kids need to be in the classroom.  With this announcement, we are making sure parents and families have options if a school closes its doors. Parents are best suited to make decisions about their child’s education. In-person learning is vital for the development, well-being and educational needs of K-12 students. We will continue to work with families, public health experts and school leaders to ensure our kids can stay in the classroom and parents have a choice — always.”

Leaders from both sides of the aisle in Arizona and around the nation agree that students need access to the classroom.

QUOTE: The Georgia ballot trafficking whistleblower reportedly admitted to making $45,000 for stuffing Georgia ballot boxes from 2 to 5 AM in the morning. He was just one of 242 alleged ballot traffickers identified by the True the Vote investigation. There is a possibility of HUNDREDS OF THOUSANDS of ballots that were stuffed into the ballot boxes in Georgia!Radio host John Fredericks went on with Steve Bannon on The War Room on Wednesday morning after news broke last night that a ballot trafficker had started talking in Georgia after he was paid thousands of dollars for stuffing the ballot boxes in a massive ballot harvesting scheme in Georgia.

_________________________
7-  It is a good thing that not many people are watching CNN on a regular basis. However, a free media does not survive this loss of audience, advertisers would not spend money to reach this few people when there are other options.

Someone else is funding this network for it to still be on the air.
CNN’s 4th Quarter Primetime Viewership Collapses 73% to Just 642K

QUOTE: CNN, a far-left propaganda outlet that promotes conspiracy theories and encourages political violence, lost 73 percent of its primetime viewers in the fourth quarter of 2021.

CNN is averaging only 642,000 during primetime!

CNN’s decline proves that not even a million Americans are interested in being serially lied to, deceived, insulted, and bamboozled.

8- Of course you will not hear about this in the fake news. They will do all they can to down play it. That does not mean it is not happening!

Have Democrats and the liberal media given up on the Biden White House?

QUOTE: Something remarkable is happening right now in Washington — people are abandoning ship on President Joe Biden with alarming speed and right out in the open. I’m not talking about Republicans criticizing Biden’s agenda or declaring him a useless president — although that is certainly happening. And it’s not just Biden’s plummeting poll numbers, although those don’t help his cause.

I’m talking about the president’s allies within his own party looking for the exit door as his administration’s failures pile up.

Manchin and Arizona Senator Kyrsten Sinema get most of the headlines and hate from liberal voters for standing up to Biden’s reckless policies, but it’s not just them. More and more, we’re seeing democrats throwing their hands up and walking away from this disastrous presidency less than a year since it began.

9- Governor DeSantis reminds Republicans that they need to concentrate on the issues because the Left will avoid their failures on the issues that matter.

QUOTE: Florida Republican Gov. Ron DeSantis said Thursday that the anniversary of the Jan. 6 Capitol riot is “Christmas” for Democrats and the mainstream media before vowing to pass on what he called the “nauseating” coverage.

“This is their Christmas,” DeSantis said during a news conference about COVID-19 testing in West Palm Beach, referencing Washington- and New York-based media outlets. “They are going to take this and milk this for anything they can to be able to smear anyone who ever supported Donald Trump ,” he added.

According to DeSantis, his Sunshine State constituents have more pressing concerns, such as inflation, gas prices and rising crime rates.”There is an obsession with this among the DC-New York journalist class, and I think it’s because it allows them to spin a narrative that they want to spin,” he said.

10- This has always been the correct approach to Covid-CCP. Spend your resources on the people most at risk and work out from there. As Biden told us last week, the federal government has no clue how to handle this illness.  DeSantis is still showing the way…again.

QUOTE: Florida has secured approximately 1 million self-administered COVID-19 tests and will be distributing them to nursing homes and senior facilities first, it was announced Jan. 6.

“Testing people for a respiratory virus, when they have no symptoms, on a massive scale is abnormal. If you have symptoms, we will test you.”

“If you’re young and healthy, you don’t need to be running out and getting tested every day,” DeSantis said at the news conference.

“People who are testing that have high-value, that’s where we want to focus.”

Look forward next week to video of Sidney Powell at The Renewal, on Saturday January 8.  This event will be live streamed around the world on the website and carried on multiple stations.

Go to The Renewal Site for those stations and all other information about the event. 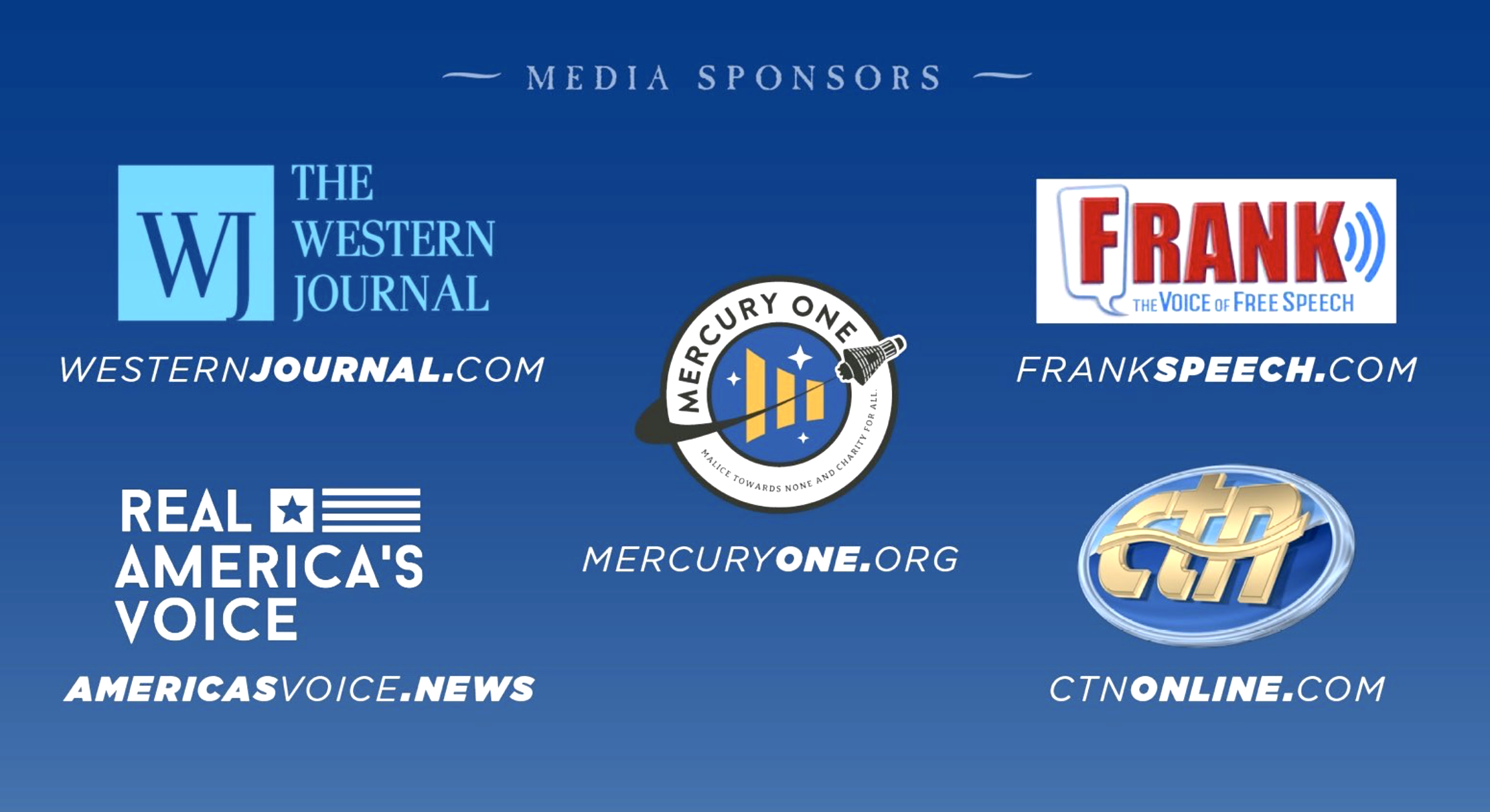