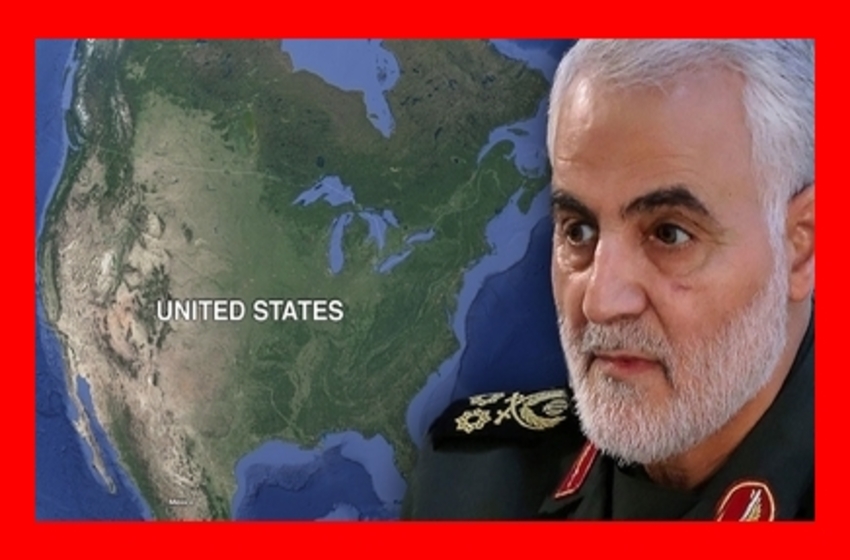 Hizballah maintains a global network of operatives and spies working to widen the terrorist group’s presence from Latin America to Western Europe. As we’ve shown, the United States is no exception.

FBI agents arrested Thompson, 61, Feb. 27 at a military base in Irbil, Iraq. She appeared in Washington’s federal court Wednesday to face espionage-related charges.

They stem from a Dec. 30 incident. Just one day after the U.S. Air Force struck Iranian Shi’a militias in Iraq, Justice Department investigators found that Thompson engaged in suspicious activities on the Defense Department’s classified systems.

She is suspected of transferring highly classified information to a Lebanese national with whom she developed a romantic relationship, court documents show. In subsequent questioning, Thompson told the FBI that she didn’t know of the co-conspirator’s affiliation with Hizballah, saying that in Lebanon, it could either be Hizballah or another Shi’a group, the Amal movement.

“I am telling you, he is with Hizballah or Amal, but, uh, I – no, he never told me. I don’t know,” she said, according to an FBI affidavit submitted with the criminal complaint. She claimed to “hate Hizballah,” describing it as a terrorist group that is “like the octopus. They can reach anybody. They are the government now” in Lebanon.

State and non-state actors rely on a variety of means to recruit agents, including blackmail, money, and ideological affinity. Espionage activities are sometimes conducted through the use of “honey pots,” a term to describe spies that lure targets by developing romantic or sexual relationships. Spies are often recruited based on several overlapping motivations.

Thompson allegedly searched for dozens of cases on human intelligence sources, including detailed personal information and photographs. An Arabic-language, hand-written note listing the names of American-handled informants was found under Thompson’s mattress. The note also included instructions to monitor assets’ phones and communications.

“If true, this conduct is a disgrace, especially for someone serving as a contractor with the United States military,” Assistant Attorney General for National Security John C. Demers said in a statement. “This betrayal of country and colleagues will be punished.”

Previous reports highlight Hizballah’s efforts to plant operatives abroad and cultivate fundraising and recruitment networks. Some of these global networks help the group plan and execute terrorist attacks as well. But this latest case highlights Hizballah’s efforts to recruit people with access to classified information within the U.S. government.

Tensions between the United States and Iran reached new heights in late December and early January after U.S. bases in Iraq faced repeated attacks from Iranian-sponsored Shi’a militias. On Jan. 3, a U.S. drone strike killed Iran’s Revolutionary Guard Corps General Qasem Soleimani, the mastermind of Iran’s global terrorist operations. While Iran responded with a missile barrage on a base used by U.S. soldiers, the Islamic Republic may seek further retaliation.

The U.S. homeland could be a potential target of an Iran-sponsored attack, based on an Investigative Project on Terrorism report on criminal prosecutions of Iranian operatives and those of its Lebanese proxy Hizballah.

The report shows there are many supporters of Iran and Hizballah living in the United States. Most cases involve financial and other forms of material support. But “sleeper cells” have likely been nurtured for years. At least one operative told law enforcement that Iran could activate these cells to carry out attacks in “certain scenarios.”

Qasem Soleimani was overseeing each of these major plots overseas.

In September, a Hizballah operative living in Morristown, N.J., was indicted for conducting surveillance of targets to help the terrorist group prepare for future attacks.

The latest charge involving a Defense Department contractor, if proven, is part of a broader pattern whereby Hizballah engages in espionage activities aimed at the United States. Not all Hizballah assets targeting the U.S. come in the form of sleeper cells, terror finance networks, or individual operatives scouting potential locations for attacks. Hizballah is also seeking to disrupt the U.S. military from within, by trying to recruit assets with access to top secret information and the willingness to share damaging intelligence with powerful adversaries.