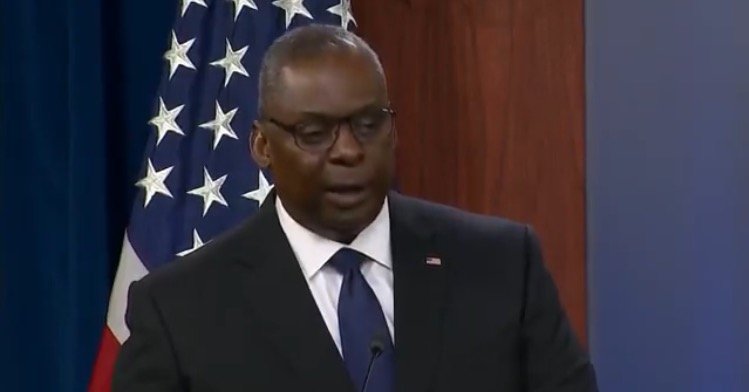 Defense Secretary Lloyd Austin contradicted Joe Biden and said Americans trying to get to Kabul airport have been “beaten” by the Taliban.

According to multiple reports, Americans stuck in Afghanistan were beaten throughout the night.

One American woman was beaten twice even though she was carrying a US passport.

According to sources on the ground, Americans are being beaten and injured by Taliban terrorists and stopped from boarding planes.

Secretary Austin confirmed these reports to House members during a briefing call on Friday, according to Politico and CNN.

Defense Secretary Lloyd Austin told lawmakers Friday that Americans trying to leave Afghanistan have been beaten by Taliban fighters, according to several people who participated in a briefing call with Austin and other top officials.

During the briefing call, Austin called the reports of Taliban beatings “unacceptable,” but did not elaborate on efforts to ensure Americans’ safe passage to Hamid Karzai International Airport in Afghanistan’s capital city. He specifically declined to “rule in or out” the possibility of U.S. troops moving beyond the airport to help Americans and others get to safety.

“We’re also aware that some people, including Americans, have been harassed and even beaten by the Taliban,” Austin said on the call, according to multiple sources. “This is unacceptable and [we] made it clear to the designated Taliban leader.”

Austin added that “with the exception of those cases, we continue to see Americans and appropriately credentialed Afghans continue to move through.”

Earlier Friday Joe Biden said the US knows of no circumstance where American citizens, carrying an American passport are having trouble getting to the airport.

Joe Biden falsely says “no circumstance” where American citizens have been blocked from Kabul airport pic.twitter.com/6CYmU4inXE