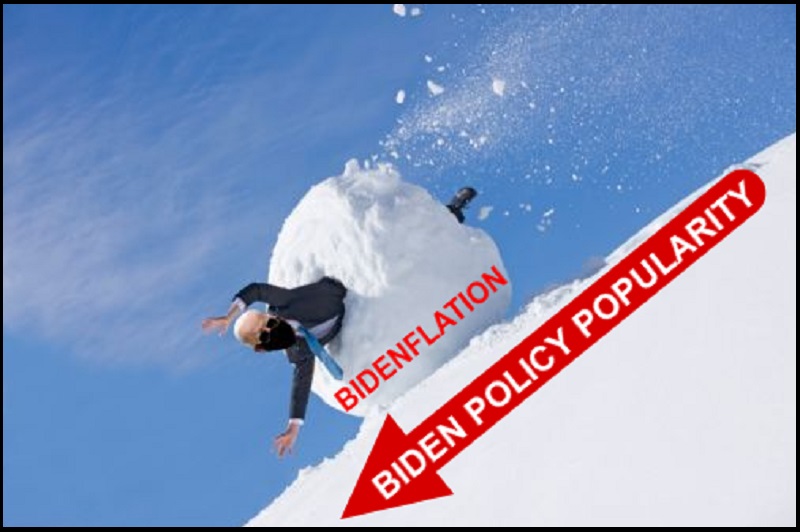 Millions of student loan borrowers are looking on nervously as President Joe Biden‘s $500 billion debt transfer takes on delays and a steady stream of lawsuits.

The move was widely seen as a way to energize young voters and was announced less than three months before the midterm elections, but now faces the prospect of becoming another court loss for the Biden administration.

Biden announced the debt forgiveness program on Aug. 24. It transfers up to $10,000 in student loans for those who make less than $125,000 a year or households making less than $250,000. Pell Grant recipients will be eligible for up to $20,000 in forgiveness. Administration officials say the money will go out the door before January, when the nearly three-year-old repayment pause lifts, but no one has been able to apply yet.

“This week, we’re giving everyone a preview of what the [application] form would look like,” White House press secretary Karine Jean-Pierre said Tuesday. “And we know that a lot of you were curious about what it would look like, so we did that. So we’re trying to be transparent. We’re trying to lay out how this process is going to work.”

The original timeline included applications launching in early October. The Department of Education teased an application form this week, but officials dropped the “early” part, saying the form would launch this month and, once available, could be completed in less than five minutes.

In the meantime, at least a half-dozen lawsuits have emerged challenging the program’s legality. Those filing suit argue that only Congress has the power to set monetary policy, that the pandemic no longer qualifies as a national emergency giving the president expanded powers, and that the program also violates the Administrative Procedure Act, which lays out the method federal agencies should follow to ensure the executive branch’s policies are well reasoned and explained.

The latest lawsuit, from conservative advocacy group Job Creators Network, argues the Biden administration violated federal procedures by not seeking public input about the program and that the move should be nullified as a result.

The biggest problem may be finding someone with legal standing to sue.

JCN’s filing includes two plaintiffs: one who does not qualify for debt forgiveness and another who is ineligible for the full $20,000 debt forgiveness since he didn’t receive a Pell Grant, according to court records.

“This latest lawsuit is a good example of how far opponents of this program are going to try to file a lawsuit,” she said. “There are two student loan borrowers, and my heart goes out to them and their circumstances. But the remedy doesn’t match. What these guys are asking for would be more cancellation, not less.”

As lawsuits snake their way through the legal system, hundreds of billions of dollars hang in the balance.

The Congressional Budget Office estimates that Biden’s plan will cost taxpayers roughly $400 billion. The White House issued a memo arguing the true number could be much lower, but both conservatives and nonpartisan think tanks disagree.

The Committee for a Responsible Federal Budget holds that the program could cost up to $650 billion, while the Penn-Wharton Budget Model says it could exceed $1 trillion with all costs considered. A related question is how the “forgiveness,” which involves transferring the debt to taxpayers, will boost the national deficit and potentially fuel inflation.

There are conflicting polls on the program’s popularity. An Economist-YouGov poll found that 51% of respondents support it, with 39% opposed. Meanwhile, a Cato Institute poll found that 76% opposed it if it drives up the price of college, as did 64% if it raises taxes.

The Education Department has responded to lawsuits by twice quietly altering its policy to prevent plaintiffs from having standing. The latest move could cut 4 million borrowers out of the program, though the White House told NPR the true number will be closer to 800,000.

“We know why the Biden Ed Dept. is drawing this new line: To cut off legal challenges by private servicers,” he wrote on Twitter. “But as a legal matter, this line is arguably ‘arbitrary’: Dodging standing is not a legitimate reason.”

The White House holds that the student debt transfer is legal, though it so far hasn’t gone into much detail. Assistant press secretary Abdullah Hasan has said the White House is “lawfully giving working and middle-class families breathing room.”

With the Biden administration already suffering several court defeats over pandemic policies like Title 42 and mask mandates, this latest program, which also rests on the pandemic as a legal justification, may start looking shaky to the millions of borrowers who stand to benefit.