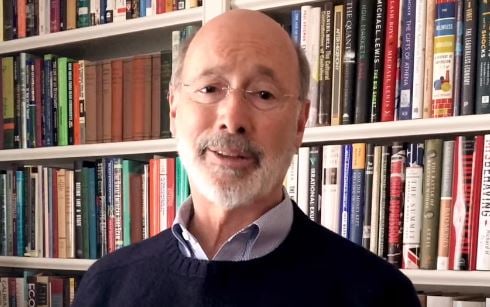 The Democrat Party filed in court to demand mail-in voting laws that will ensure Democrats can steal all elections for the foreseeable future.

Governor Wolf signed emergency legislation into law without the approval of the state leglislature in 2020 for mail-in voting. Republicans were not able to overturn this in the courts.

So on Friday, the Democrats announced they will hold mail-in voting in the state from now on.

They pretend this is for voting rights.

We all know this is so they can steal all future elections.

And, of course, the Republican Party is nowhere to be found.

The DNC released this statement on Friday.

Today, the Democratic National Committee and Pennsylvania Democratic Party are taking action to intervene in litigation brought by 14 Pennsylvania Republican state legislators and a county election official, who claim that allowing all eligible Pennsylvanians to vote by mail without an excuse is impermissible under the Pennsylvania constitution — even though nearly all of them supported the law when it was enacted in 2019 with bipartisan support.

Issues like this one are of deep, direct, and urgent concern to President Joseph R. Biden and Vice President Kamala D. Harris, who have asked the Democratic National Committee to prioritize them.

Pennsylvania law allows all eligible voters to vote by mail without an excuse, just like 33 other states and the District of Columbia. In 2020, more than 2.6 million Pennsylvanians voted by mail. Eliminating the excuse requirement to vote by mail increases participation in our elections, including for working families and minority communities.  “The DNC is taking action to ensure that all eligible Pennsylvania voters are given an equal opportunity to participate in our elections, and we stand ready to step in to defend the freedom to vote wherever partisan lawsuits are brought to attack voters’ ability to cast a ballot,” said DNC Chair Jaime Harrison.

“It is more important than ever that we keep up the fight for stronger participation in our democracy, and we are proud to stand with our partners to defend the voices of everyday Pennsylvanians,” said Pennsylvania Democratic Party Chairwoman Nancy Patton Mills.Additional Background on the DNC’s and PDP’s Legal Action:

In 2019, Governor Wolf signed Act 77 into law, a bipartisan compromise to modernize elections in the Commonwealth. Act 77 allows all Pennsylvanians to vote by mail, updates the Commonwealth’s voter registration