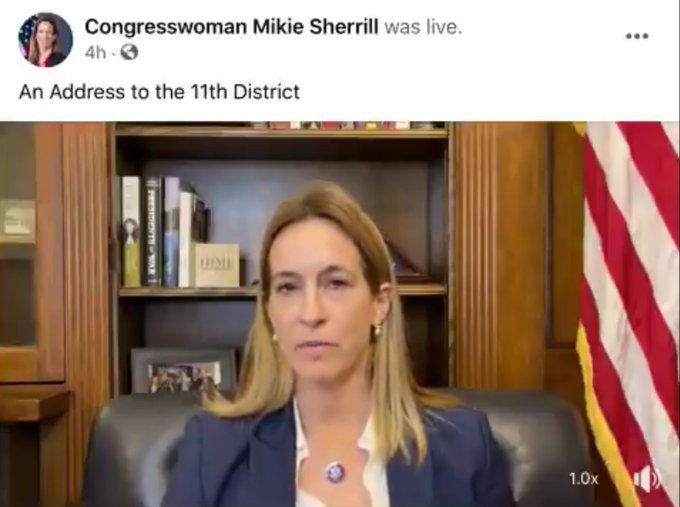 Rep. Mikie Sherrill (D-NJ) accused Republican members of Congress of giving “reconnaissance” tours of the Capitol the night before rioters stormed the building while Congress met to certify the Electoral College vote for president. Sherrill did not name the Congressmen she is accusing of colluding with the rioters.

Sherrill made the accusation in a livestream address to her New Jersey constituents on her support for removing President Trump from office via impeachment or the 25th Amendment.

“We can’t have a democracy if members of Congress are actively helping the President overturn the election results. And so not only do I intend to see that the President is removed and never runs for office again and doesn’t have access to classified material,

BREAKING: Rep. Mikie Sherrill (D-NJ), a Navy veteran and Annapolis grad who sits on the House Armed Services Committee, said she saw fellow members of Congress “who had groups coming through the Capitol that I saw on Jan. 5, a reconnaissance for the next day.” pic.twitter.com/YbZkW1qq7T