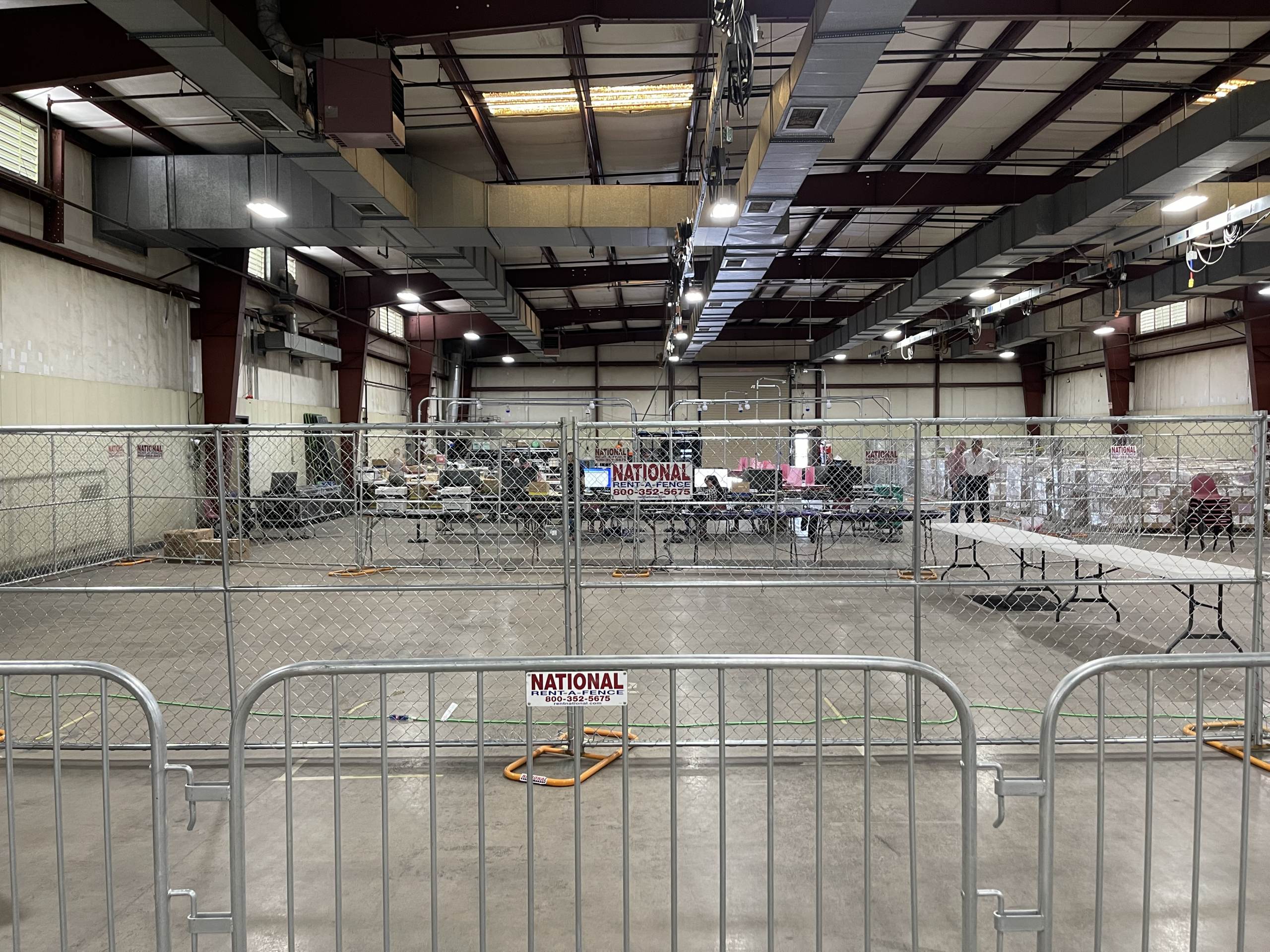 Her tweet was retweeted by Secretary of State Katie Hobbs. 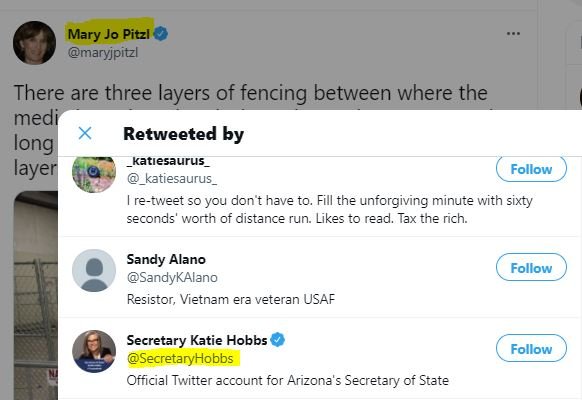 Mary Jo Pitzl is a reporter for The Arizona Republic, which is currently in a lawsuit with Cyber Ninja.

This was a switch from their previous security ‘concerns’ where the local media claimed the security was too lax.

This audit area is separated from ballots and machines by multiple fences. This is a fenced area with empty tables, A/C units, and cooling fans.

There is nothing in this square that should prevent him from using a computer.

The liberal activist media is dying for a story to twist but they’re failing as we continue to see increased doubts about the 2020 election outcome.