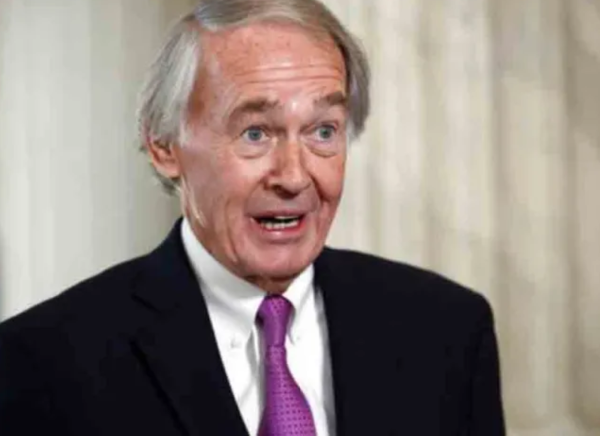 DEMOCRATS CHEAT IN EVERY WAY THEY CAN!

Here is some front page news that isn’t because it shows corruption by a Democrat Senator aiming his big guns on Elon Musk, who is trying to give Americans their free speech back. Markey worked with The Washington Post to frame Musk and launch an investigation into Twitter.

The Washington Post owner Jeff Bezos competes with Elon Musk in space travel, so they probably loved the idea.

Democrat Senator Ed Markey blamed Elon Musk for allowing a fake account to be set up by a Washington Post blue check reporter.

The reporter said he was testing the verification system by impersonating a comic and Sen. Ed Markey, WITH ED MARKEY’S PERMISSION. Markey and the reporter planned it together.

Yes. Not sure why this isn’t front page news. Huge scandal

After the article was published, Ed Markey went for the jugular, claiming Musk was putting profit over stopping disinformation. He demanded answers in a threatening manner despite knowing about the ruse. He didn’t mention that. He warned Musk that if he didn’t fix it, Congress would fix it for him.

A @washingtonpost reporter was able to create a verified account impersonating me—I’m asking for answers from @elonmusk who is putting profits over people and his debt over stopping disinformation. Twitter must explain how this happened and how to prevent it from happening again. pic.twitter.com/R4r7p6mduP

“One of your companies is under an FTC consent decree,” Markey raged. “Auto safety watchdog NHTSA is investigating another for killing people. And you’re spending your time picking fights online. Fix your companies. Or Congress will.”

One of your companies is under an FTC consent decree. Auto safety watchdog NHTSA is investigating another for killing people. And you’re spending your time picking fights online. Fix your companies. Or Congress will. https://t.co/lE178gPRoM

Markey doubled-down on sneaky sly dishonesty in that tweet, suggesting only Tesla is involved. It was a GENERAL ORDER. The NHTSA investigation is of all manufacturers with advanced driver assistance systems. That disinformation bolstered his effort to frame Mr. Musk.

It’s very fascist to have government collude with private industry — Markey with The Washington Post — to set up a Beria-style investigation of Elon Musk intended to frame the free speech guy, not stop disinformation or phony Twitter pages.

There were problems with Twitter Blue, in which a blue check on Twitter Blue only means you bought the service. Musk took it down to work out the kinks, but that isn’t what this was about. This was a trap set up by Markey and the Bezos paper while pretending Markey was only an innocent victim.  In reality, they tried to frame Elon Musk.

It certainly looks like the Democrat government and their media partners are out to get Mr. Musk if he allows free speech. That’s how it looks to us.

Terror in the Swamp! Fear That Elon Musk Could Bring Free Speech Back to TwitterApril 14, 2022In “Home of News, Politics & Opinion”