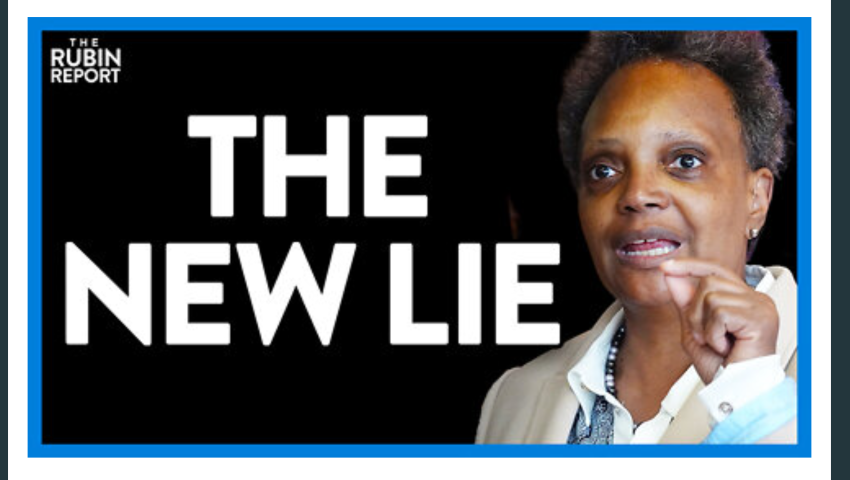 DEMOCRATS FOLLOW OBIDEN’S WAY WHICH IS BE A BOLD FACED LIAR!

Enjoyed this video? Join my Locals community for exclusive content at rubinreport.com!

Dave Rubin of “The Rubin Report” talks about the continued fallout from the Supreme Court leak, Lori Lightfoot’s civil liberties fear mongering, church vandalism, Jen Psaki’s crazy inflation claims, baby formula shortages, and Elizabeth Warren avoiding questions on “The View”. First, Democrats like Chicago Mayor Lori Lightfoot are beginning to use the leaked draft opinion from the Supreme Court to make false claims that the justices will next try to end gay marriage. Lightfoot used this as reasoning for a “call to arms”. This possible incitement to violence seems poorly timed when a pro-life group’s headquarters was attacked with molotov cocktails in Wisconsin and churches have been vandalized and had their masses hijacked by protesters dressed as characters from “The Handmaid’s Tale”. Is all this just a distraction from the rising US inflation that we’re all experiencing? White House press secretary Jen Psaki continues to pretend that this is all the fault of the Putin price hike, despite the fact that inflation was raging well before the invasion of Ukraine. Supply chain problems continue to worsen as many families are struggling to find baby formula. The infant formula shortage doesn’t appear to be abating while Biden continues to ignore it. Finally, “The View’s” Lindsey Granger asked Elizabeth Warren some simple and precise questions about her push for student loan forgiveness to which she simply evaded.