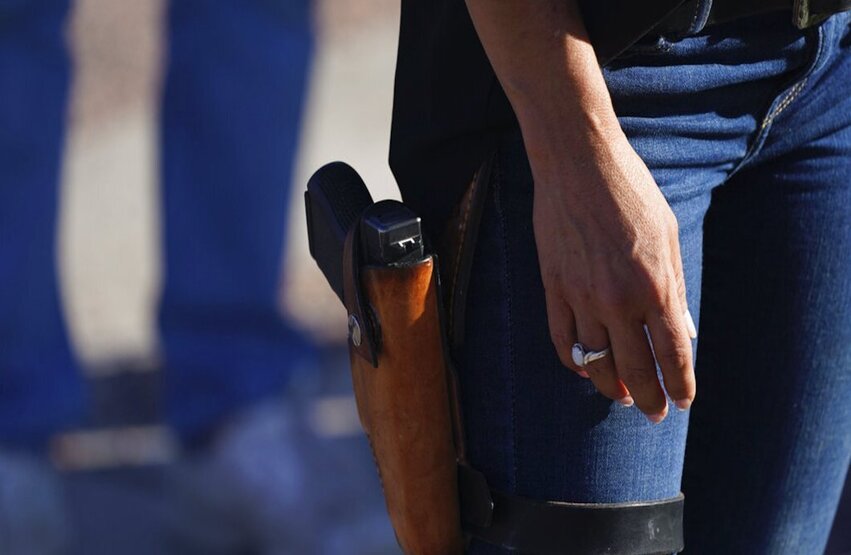 From the moment we arrived in Congress this January, the Left has been trying to take away members’ constitutional rights. And if Democrats are doing this in Congress, just imagine what they want to do to everyday people.

This bill, if it ever became law, would criminalize common exchanges of firearms. It would make it illegal for a farmer to lend a rifle to a neighbor trying to protect his cattle from wolves, for a homeowner to let her neighbor borrow a firearm following a break-in, for a collector to donate a historic rifle to a museum, and for parents to gift a gun to their child.

This bill would strip away the rights of millions of people while doing nothing at all to reduce gun violence. Almost 70% of prisoners who used a gun to commit crimes acquired firearms from black-market sources, according to the Bureau of Justice Statistics. There is no indication that criminals will suddenly decide to follow the law if this bill is passed.

All this bill will really do is advance the Left’s agenda to criminalize gun ownership, increase burdensome regulations, establish a gun registry, and set the stage for gun seizures.

In case that isn’t enough, House Democrats are also moving forward with the “Enhanced Background Check Act,” which would subject Second Amendment rights to FBI bureaucratic inertia. If the FBI fails to complete a background check on time, a gun buyer will be presumed guilty until proven innocent, forced to write a letter to the attorney general and fill out reams of paperwork. Gun buyers’ constitutional rights will thus be lost in a web of FBI bureaucracy for at least 20 days or, in the worst case, indefinitely. Again, this will have no effect on gun crime.

We shouldn’t be surprised by these radical gun control efforts. President Biden is doing exactly what he said he would do all along. During his campaign, Biden called for gun buyback programs, confiscation of assault rifles, red flag laws, gun licensing, and a national gun owner’s registry.

Biden is not the centrist the media made him out to be, and he never was. Meanwhile, his party’s gun control efforts evince the increasing power of a radical Left that is hostile toward the constitutional rights of law-abiding citizens.