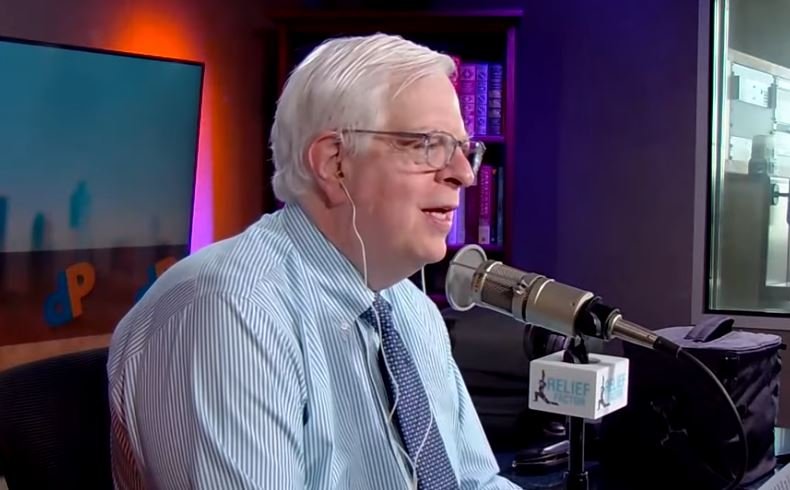 A viral email is now circulating that I think needs to be identified properly and the author fully credited. It is titled:

Speech Every American High School Principal Should Give

The speech that showed up in my inbox did not list an author. So I did a quick search and discovered that it was written and posted by Dennis Prager 11 years ago (i.e., July 13, 2010). It is said that a prophet is without honor in his own country. I say we should honor Dennis for his prescient insight. The disease of Critical Race Theory already was percolating through our society when Dennis penned this magnificent letter. The destructive racism being promoted by CRT did not magically appear overnight.

Please read the wise counsel of Dennis and pass it on.

To the students and faculty of our high school:I am your new principal, and honored to be so.There is no greater calling than to teach young people.I would like to apprise you of some important changes coming to our school. I am making these changes because I am convinced that most of the ideas that have dominated public education in America have worked against you, against your teachers and against our country.First , this school will no longer honor race or ethnicity.I could not care less if your racial makeup is black, brown, red, yellow or white. I could not care less if your origins are African, Latin American, Asian or European, or if your ancestors arrived here on the Mayflower or on slave ships. The only identity I care about, the only one this school will recognize, is your individual identity — your character, your scholarship, your humanity. And the only national identity this school will care about is American.This is an American public school, and American public schools were created to make better Americans. If you wish to affirm an ethnic, racial or religious identity through school, you will have to go elsewhere. We will end all ethnicity, race and non-American nationality-based celebrations. They undermine the motto of America, one of its three central values – e pluribus Unum, “from many, one.” And this school will be guided by America ‘s values. This includes all after-school clubs. I will not authorize clubs that divide students based on any identities. This includes race, language, religion, sexual orientation or whatever else may become in vogue in a society divided by political correctness.Your clubs will be based on interests and passions, not blood, ethnic, racial or other physically defined ties. Those clubs just cultivate narcissism — an unhealthy preoccupation with the self — while the purpose of education is to get you to think beyond yourself. So we will have clubs that transport you to the wonders and glories of art, music, astronomy, languages you do not already speak,