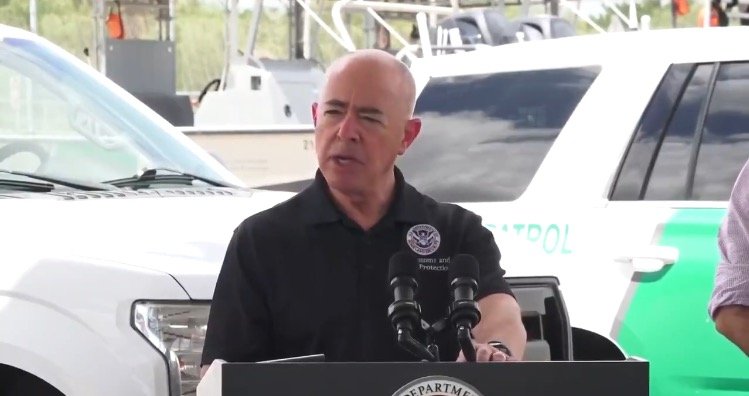 DHS Chief Alejandro Mayorkas attacked Trump as he announced a record 212,672 illegal aliens were encountered at the border in July – a new 21-year high.

This isn’t seasonal migration like Biden claimed earlier this year.

CBP had to INCREASE the Y-axis of their chart because of the new 21-year high in border crossings.

212,672 illegal immigrants were encountered in July.

This morning, CBP’s chart MAXED OUT at 200,000. pic.twitter.com/AKjIGgr3mv

More than 1 million illegals have been apprehended at the border since Joe Biden was installed in January.

In some cases, up to 40% of illegals being bused to US cities are infected with Covid.

This is Joe Biden’s border crisis.

“Former President Trump slashed our international assistance to Guatemala, El Salvador and Honduras, slashed the resources that we were contributing to address the root causes of irregular migration,” Mayorkas said.

@SecMayorkas on the reason for the rise in border crossings: “Former President Trump slashed […] the resources that we were contributing to the root causes of irregular migration.” pic.twitter.com/vSUj1hhnr1