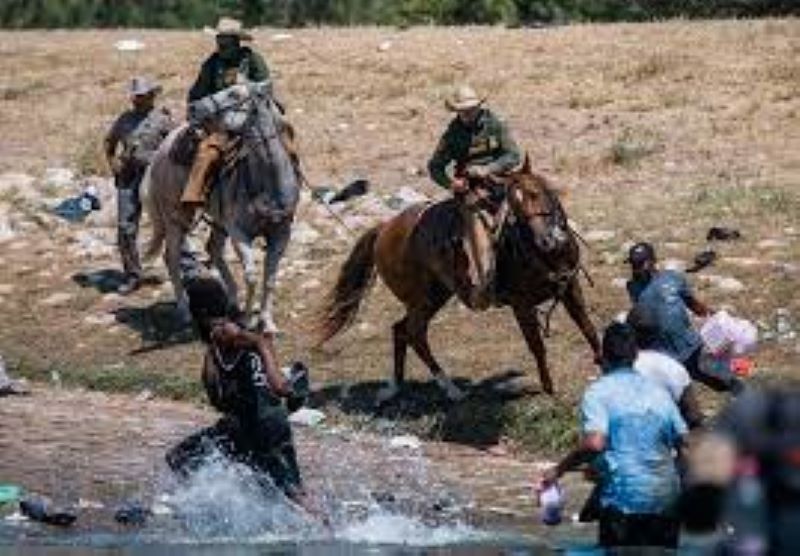 OBIDIEN IS A BOLD FACED LIAR

A new and aggressive legal arm of the Heritage Foundation is demanding that the Homeland Security Department cough up long-hidden details of its investigation into mounted border agents falsely accused of whipping Haitian immigrants in September.

As DHS considers punishing the horsemen, Heritage’s “Oversight Project” on Tuesday shared its plans with Secrets and said it was filing a Freedom of Information Act lawsuit in the U.S. District Court for the District of Columbia for “all documents related to the Department of Homeland Security’s politicized investigation into mounted Border Patrol agents near Del Rio, Texas.”

The Border Patrol has been promising to release its report on the episode, but so far, little has come out.

The harassment charges were made against the mounted agents after photos went viral of what appeared to be whipping of Haitian migrants with the reins of the horses.

“Some of the Haitian men started running, trying to go around the horses, and that’s kind of when the whole thing happened,” Paul Ratije told KTSM News. “I didn’t ever see them whip anybody, with the thing. … He was swinging it. But I didn’t see him actually take — whip someone with it. That’s something that can be misconstrued when you’re looking at the picture.”

Still, top officials from President Joe Biden down condemned the “whipping,” even before they knew what the photos showed.

Heritage suggested the attacks were meant to politicize the situation as the administration was opening the border to a record number of crossings.

Mark Morgan, former acting commissioner of Customs and Border Protection and a Heritage visiting fellow, said in a statement, “Before the investigation even began, the facts were hijacked by a false narrative and the agents vilified. Although the lie about these agents was debunked almost immediately, it didn’t stop the media and politicians from continuing to recklessly speculate and comment on the incident, including President Biden decrying ‘they will pay.”

“This is a simple lawsuit. DHS owes us documents, and they are refusing to turn them over. It’s been obvious from the jump that the so-called ‘investigation’ was politicized by this administration. Their unwillingness to turn over documents only confirms those suspicions,” added Mike Howell, head of the Oversight Project.