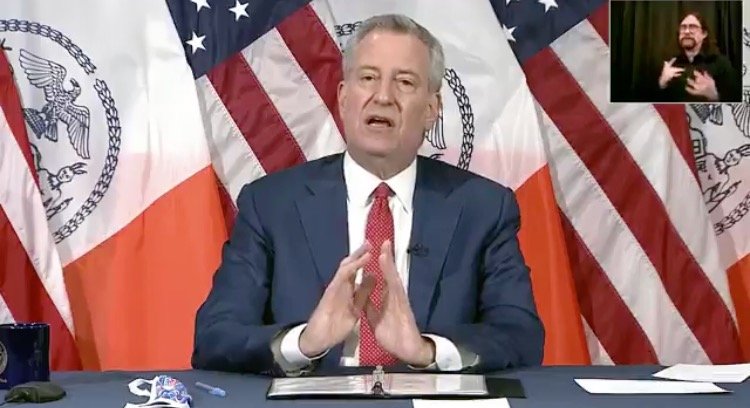 Hell has frozen over and the most radical and insane of all American politicians, NYC Mayor de Blasio has called for an election audit.

The NYC elections for mayor have turned into a liberal nightmare:

BREAKING: NYC Board of Elections Admits Leaving 135,000 “Test Ballots” in System Prior to Election

This led to an ‘illegal’ secret meeting:

The Far-left Washington Post blames the NYC election nightmare on the process?

New Yorkers can say a lot about their primary debacle, but they can’t say they didn’t see it coming. Three years ago, when momentum was building for a new ranked-choice voting system, a government reform commission looked at two fundamental questions: How could they make it work, and what might wreck it? Easy: The city’s board of elections, dogged by “poor poll-worker training” and other basic problems.

But Bill de Blasio, the outgoing mayor, has now done the most sensible thing and has called for an audit:

There must be an immediate, complete recanvass of the BOE’s vote count and a clear explanation of what went wrong. The voters deserve nothing less. https://t.co/YrA5xUwLwf

Hell has officially frozen over in NYC.