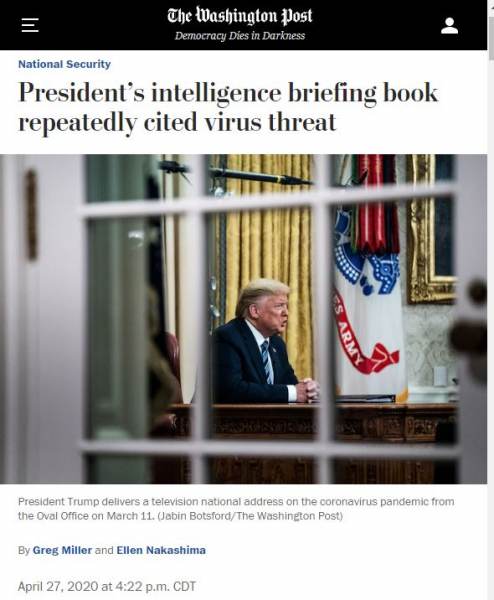 It was another rough day for the Fake News media.

Director of National Intelligence Richard Grenell tore into the hacks at The Washington Post on Monday evening.

The Washington Post reported on Monday night that President Trump’s intelligence briefing book repeatedly cited the virus threat.  In other words, the pandemic is Trump’s fault!

The WaPo wants people to believe Trump did nothing to protect the nation from the spread of the China coronavirus.

Again– Trump shut down travel from China back in January – something no other American leader would have done.

According to Grenell the White House told the WaPo the story was not true before it was published.

This isn’t true. And we told you this before you wrote. And you put the DNI denial of your premise in paragraph 9. https://t.co/kVYJvGxL0r

The assassins at the Washington Post ignored it and hid the White House response in the 9th paragraph.

These liberal hacks are something else.

They don’t even try to be honest anymore.