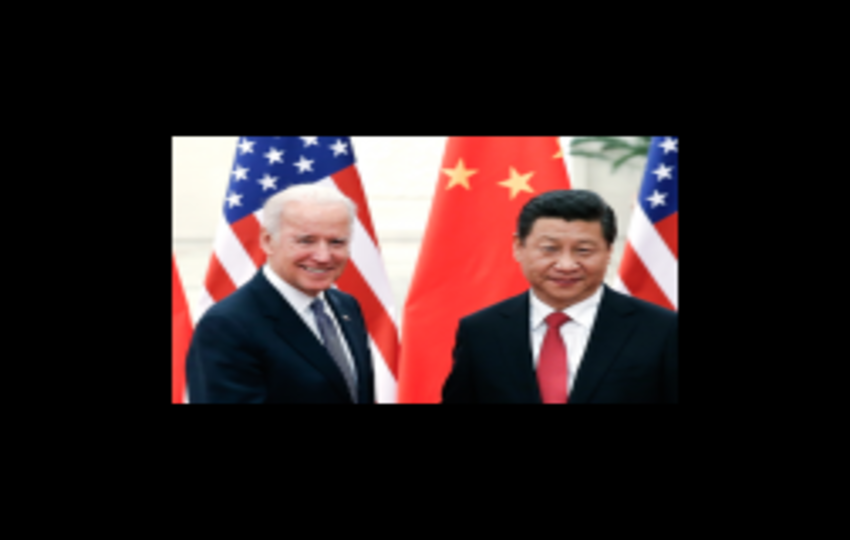 (CNS News) — The East Turkistan Government in Exile condemned President Joe Biden’s apologetic  remarks about the Communist Chinese persecution of the Muslim Uyghurs, and demanded that Biden “apologize to victims of China’s genocide.”

More than one million Uyghurs are being held in Chinese “re-education” concentration camps, where they are being forced to syncretize communism with their Islamic faith. There have been many news reports about rape, torture, indoctrination, surveillance, and slave labor at the camps.

Uyghurs of the East Turkistan National Awakening Movement (ETNAM) hold a rally outside the US State Department calling on US President Joe Biden to increase pressure on the Chinese Communist Party, on February 5, 2021 in Washington, DC. (Photo: ALEX EDELMAN/AFP via Getty Images)

The East Turkistan Government in Exile “condemns  in the strongest terms, President Biden’s recent statements which seek to justify China’s ongoing genocide of Uyghurs and other Turkic peoples in East Turkistan by portraying China as a ‘victim,'” said the group in a press release.

“We demand President Biden apologize to the victims of China’s aggression, the victims of genocide, the countless Uyghur and other Turkic women who are systematically raped and sterilized, and the countless Turkistanis who are killed for their organs,” said the government in exile.

This photo taken on June 2, 2019 shows buildings at the Artux City Vocational Skills Education Training Service Center, believed to be a re-education camp where mostly Muslim ethnic minorities are detained, north of Kashgar in China’s northwestern Xinjiang region. – As many as one million ethnic Uighurs and other mostly Muslim minorities are being held in a network of internment camps in Xinjiang. (Getty Images)

“President Biden’s recent statements have not only sought to justify China’s genocide against Uyghurs and other Turkic peoples in East Turkistan but it has also inadvertently given a green light to other despotic regimes across the world to engage in genocide and other atrocities against vulnerable ethnic and religious groups as well,” release the release.

“If President Biden has any moral decency and is faithful to his promises of upholding human rights and human dignity, he should lead the U.S. and the international community to ACT immediately to end this ongoing genocide.”

Salih Hudayar, prime minister of the government in exile, said, “As the president of the most powerful country in the world, which symbolizes freedom and hope, President Biden should know that nothing can be a justification for genocide.”

“Hitler attempted to create a ‘Greater Reich’ through aggression, invasion of neighboring countries, and the Holocaust of millions of Jews and others,” said Hudayar. “Xi Jinping is doing the same thing today and must be stopped.”

The Trump administration designated Communist China’s atrocities against the Muslim Uyghurs and other Turkic peoples as genocide on Jan. 19, 2021. The new secretary of state, Anthony Blinken, said on Jan. 27, “My judgment remains that genocide was committed against – against the Uighurs and that – that hasn’t changed.”

During a town hall conversation with CNN’s Anderson Cooper on Tuesday, President Biden, commenting on the brutal persecution in China, said, “If you know anything about Chinese history, it has always been, the time when China has been victimized by the outer world is when they haven’t been unified at home.”

“So the central — well, vastly overstated — the central principle of [dictator] Xi Jinping is that there must be a united, tightly controlled China,” said Biden. “And he uses his rationale for the things he does based on that.”

Biden continued, “I point out to him no American president can be sustained as a president, if he doesn’t reflect the values of the United States. And so the idea is that I am not going to speak out against what he’s doing in Hong Kong, what he’s doing with the Uighurs in western mountains of China and Taiwan — trying to end the one China policy by making it forceful … [Xi] gets it.”

“Culturally there are different norms that each country and their leaders are expected to follow,” said Biden.

The government in China has killed more than 65 million of its own people since the Communists seized control in 1949-50.

As explained on its website, “The East Turkistan Government-in-Exile is the democratically elected official body representing East Turkistan and its people. On September 14, 2004, the government was established in Washington, DC, by prominent Uyghur and other East Turkistani independence leaders from across the East Turkistani / Uyghur diaspora. https://east-turkistan.net/about-the-etge/