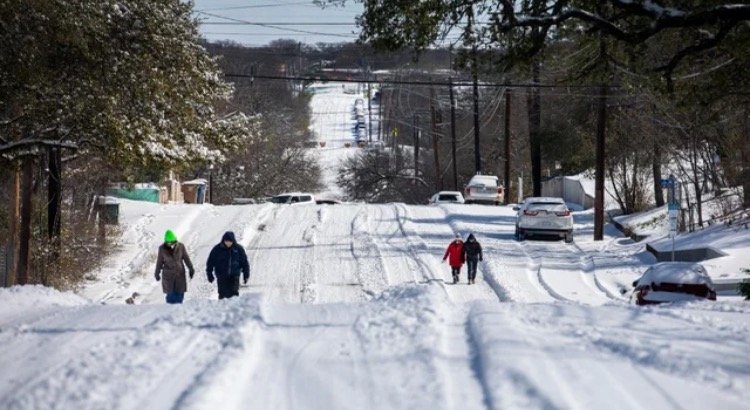 Some Texans were shocked to find their electric bills skyrocketed as high as $17,000 following the cold snap.

Texas got hit with rare winter storms and subfreezing temperatures earlier this week that spanned to the southern part of the state and the power grids gave out after nearly half of the wind turbines froze.

Some North Texans who were lucky enough not to lose power got hit with astronomically high electric bills.

A company called Griddy gives their customers access to the power grid wholesale, however the prices were so high because of the rare winter storms, they hit a state-imposed cap.

Griddy told their customers to switch to other utility companies before the winter storms hit, however other providers didn’t want to take on new customers.

Ty Williams and his family in Alrington were among the lucky ones during this week’s storm and never lost power. However, he did pay the price in the form of a $17,000 electric bill for three meters over five days of use. He is a customer of a company called Griddy.

Griddy gives customers real-time access to the power grid wholesale. But this week, wholesale prices were so high they hit a state-imposed cap.

And even though the Williams did what they could to conserve, their bill ballooned.

Griddy urged their customers late last week to switch companies before the storm because of a high price forecast.

Ty says he tried repeatedly and was told by many prospective providers a switch would take at least a week.

“It was useless because nobody wants to take on the burden of a new client when they’re paying top dollar for power,” he said.

Joe Biden addressed the Texas power crisis on Friday and said he may be visiting Texas soon but he isn’t sure when.

It took Biden several days to finally meet with FEMA and sign a federal emergency declaration, which gave Texas $5 million in federal aid.

Biden may expand the amount of funding if he signs a new major emergency declaration.