by Committe for Erika Cashin 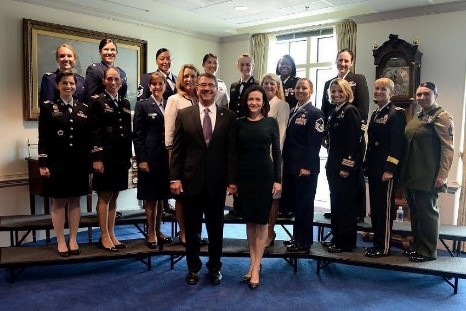 In the coming decades, we are going to see a new veteran landscape unlike any we’ve seen in our nation’s history.

After separating or retiring from military service, women veterans tend to earn more money than non-veteran women, work in higher levels of management and professional occupations, and earn more degrees.

However, when compared to male veterans and non-veteran women, we also lead in almost every negative demographic. After service, women vets diverge into 2 extremely disparate groups, those that are considered successful, and those that face challenges unlike any other veteran population in our nation’s history.  These women veterans have a greater chance of becoming homeless compared to male veterans.

When it comes to suicide, the likelihood of a woman veteran to commit suicide is over double the rate for male veterans, and approximately 6 times more likely to commit suicide than non-veteran women. Compared to non-veteran women we are almost twice as likely to be divorced and are three times more likely to be a victim of intimate partner violence. Furthermore, according to the Dept of Vet Affairs, 1 in 5 women seen at the VA report having been a victim of Military Sexual Trauma.

Because the data indicates the challenges women veterans face are different from veterans of prior decades, the programming and support systems in the future need to be able to meet these needs. The better we understand the changing nature of our veteran population now, the more prepared we will be to address this landscape. Furthermore, we need to ensure our Legislators are aware of this imminent gap and are prepared to act now.  A delay in providing resources for the veteran population of the future will result in continued challenges for current women veterans.  Long term, the more visible this issue becomes in the future, the greater potential impact on the ability of the services to recruit women into service.

Please stand with me!