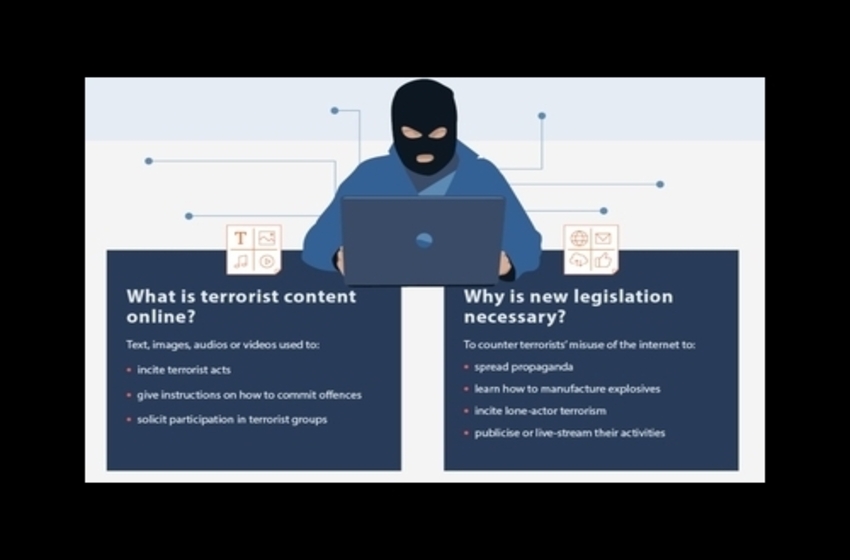 European officials want to create the authority to monitor online content and force providers to remove radical Islamist content from internet sites. The proposal is among the most significant coming out of a summit held Dec. 9-11 that included German Chancellor Angela Merkel, French President Emanuel Macron and Austrian Chancellor Sebastian Kurz. The summit focused on the wave of Islamist terrorism striking Europe.

The rapid response to internet-based radicalization was among the first measures introduced by the European Council for security.

It aims to apply “swift removal of terrorist content online and to establish one common instrument for all member states to this effect.”

Not all details are clear. For example, a European Council statement says the bill would “ensure that the rights of ordinary users and businesses will be respected, including freedom of expression and information and freedom to conduct a business. This regulation includes effective remedies for both users whose content has been removed and for service providers to submit a complaint.”

But it’s not clear how those remedies would work.

“Terrorists use videos – and sometimes even live streaming – of their attacks as a recruitment tool,” said EU Commissioner for Home Affairs Ylva Johansson. “Stopping terrorist propaganda is key for our work against radicalisation. With this Regulation, we are ensuring that what is illegal offline is illegal online.”

Islamists and jihadists have been intensifying their activities on social media in light of the coronavirus crisis.

“Al-Qaeda, Boko Haram … are operating and taking advantage of governments being distracted by Covid measures,” warned Ed Butler, a former commander of UK forces, describing fears that terrorists will exploit the Covid-19 pandemic.

In November, Macron urged the EU to adopt a uniform approach. “Every security gap in an EU member state is also a threat to every other country,” said Macron.

France introduced a new law Dec. 9 to tackle radical Islamism in the country which was approved by French cabinet. The bill, according to French Prime Minister Jean Castex, is aimed at the “nefarious ideology of radical Islamism.”

Castex described the bill as a “law of freedom, of protection and emancipation in the face of religious fundamentalism.”

It includes education reforms to reduce the chances that Muslim children do not drop out. It also allows surveillance of mosques and preachers, and measures against online hate campaigns. The government would be able to supervise imam training. Doctors could be fined or jailed for issuing “virginity certificates” or performing virginity tests.

“The enemy of the Republic is a political ideology called radical Islamism, which aims to divide the French among themselves,” Castex told Le Monde.

France is witnessing increased levels of radicalism among its Muslim minority. In a shocking article, German daily Der Tagespiegel reported the radical upbringing some students in France experience. The report mentioned a lack of sympathy for slain French history teacher Samuel Paty, who was decapitated Oct. 18 by a Chechen immigrant for showing his class controversial cartoons featuring Islam’s prophet Muhammad.

“He got what he deserved. He should have been executed. He had offended the prophet,” said one Muslim eighth grader about Paty.

“We can’t eradicate Islamism if we do not break up urban ghettos,” said Valerie Pecresse, president of the Ile-de-France region and a potential presidential candidate.

“The enemy is Islamism. This ideology that brainwashes French people and migrants and pushes them to take up arms against France,” Pecresse said.

Muslim-dominated ghettos in France and Belgium have been recognized as breeding grounds of terrorists and radicals. The terrorists behind the 2015 Paris attacks were residents of the Molenbeek slums in Brussels. Other terrorists, including the brothers who carried out the 2015 Charlie Hebdo massacre, lived in the “banlieues” – ghettos just outside Paris.

Last month, Austrian Chancellor Sebastian Kurz demanded more focus on radicalizing websites. “In the 21st century, radicalization, the seduction of young people, does not only take place in the back room and in mosques, it naturally also takes place on the Internet.” Kurz’s statements followed a Nov. 4 terrorist attack in Vienna left four people dead and 22 injured.

Meanwhile, the hunt for the perpetrators extended to neighboring Germany, where police raided four homes linked to the Vienna attacker.

“We are acting against these criminal, extremist and inhuman organizations with all our strength,” said Austrian Interior Minister Karl Nehammer.

Austrian security forces raided 60 offices linked to the Muslim Brotherhood and Hamas on Nov. 9 as part of the operation called “Ramses.” The investigation revealed that one of the 30 people with suspected Muslim Brotherhood links directed a number of offshore companies linked to an unnamed Saudi billionaire.

Unrelated to the attack in Vienna, the raids are part of a year-long probe against terrorist organizations in the country. “The Muslim Brotherhood is a globally active, radical Islamist, extremely anti-Semitic organization,” prosecutors said.

“This brute secularism and Euro-centrism is part of the problem. How can one otherwise explain calls for a ‘French Islam’, whatever that is, when we hear no such calls for French Christianity, French Judaism, French Hinduism, etc.?” Kalim wrote.

More than 1,000 people were arrested for terrorism offenses in 2019 by security forces in the EU. Moreover, Europol reports 119 attempted and successful terrorist attacks in EU states in 2019. Belgium, France, Italy, Spain and the United Kingdom reported the highest numbers of arrests. Ten people were killed and another 27 injured as a result of these attacks.

Until recently, France was the European country that carried the heavy load of fighting Islamism and terrorism on a large scale. But now it is joined by Austria, Germany and Belgium.

These moves by the EU are taking place amid warnings of imminent attacks by Islamic State terrorists on European cities in retaliation for publishing controversial cartoons of Islam’s prophet Muhammad. ISIS commander Abu Omar Al Shishani may be plotting the attacks, said Aimen Dean, a former MI6 expert and undercover spy in al-Qaida.

In Berlin, police raided the home of a suspected 15-year-old Syrian Islamist who allegedly expressed willingness to carry out a bombing attack. He was not arrested, however, and reports indicate no explosives were found.

Terrorist attacks during Christmas in Europe became rampant during the past years such as the horrific attack at the Berlin Christmas market in 2016.

The European Union is now more determined than ever to fight radicalism and Islamism. The many terrorist attacks in Europe in the past few years prove that the status quo is no longer an option.