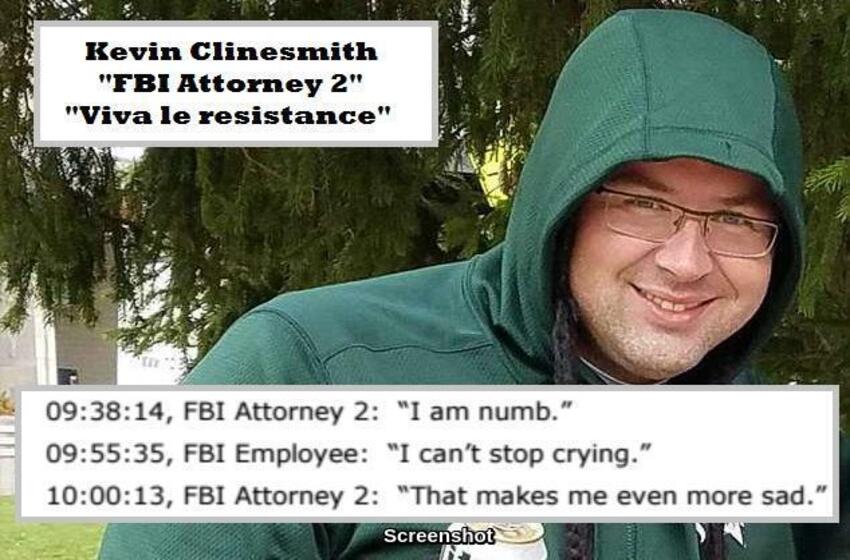 The former FBI lawyer who pleaded guilty to altering an email to help obtain Foreign Intelligence Surveillance Act wiretap authorization against former Trump campaign associate Carter Page was sentenced to one year of probation and no prison time on Friday.

Judge James Boasberg of the U.S. District Court for the District of Columbia denied the Justice Department’s efforts seeking up to six months behind bars, instead giving Kevin Clinesmith probation, 400 hours of community service within a year, and a special assessment of $100 to the court but no fine.

Clinesmith, who worked on the investigation into former Secretary of State Hillary Clinton’s private email server and on the FBI’s Trump-Russia inquiry, as well as special counsel Robert Mueller’s team, admitted in August that he falsified a document during the bureau’s efforts to renew FISA surveillance authority against Page, who had been a foreign policy adviser to former President Donald Trump’s 2016 campaign. Clinesmith edited a CIA email in 2017 to state that Page was “not a source” for the CIA when it had told the bureau on multiple occasions that Page had been an “operational contact” for the agency.

“Mr. Clinesmith likely believed that what he said was true,” Boasberg concluded on Friday, saying, “I do not believe he was attempting to achieve an end he knew was wrong.” The judge added that “it is not clear to me that the fourth FISA warrant would not have been signed but for this error. … Even if Mr. Clinesmith had been accurate about Mr. Page’s relationship with the other government agency, the warrant may well have been signed and the surveillance authorized.”

U.S. Attorney John Durham, who was elevated to special counsel in October, and Clinesmith dueled in court over how long the lawyer should spend behind bars. Clinesmith’s team has argued for leniency, while the federal prosecutor from Connecticut asked the court to sentence Clinesmith to up to six months in prison.

“As a licensed attorney and an officer of the Court, the defendant took an oath, was bound by professional and ethical obligations, and should have been well-aware of this duty of candor. … His deceptive conduct … was antithetical to the duty of candor and eroded the FISC’s confidence in the accuracy of all previous FISA applications worked on by the defendant,” Durham wrote in December. “The defendant’s conduct also undermined the integrity of the FISA process and struck at the very core of what the FISC fundamentally relies on in reviewing FISA applications.”

Durham said Clinesmith’s deception “fueled public distrust of the FBI and of the entire FISA program itself.”

Clinesmith’s lawyer argued that his client should not get any prison time.

“Kevin Clinesmith made a grievous mistake. By altering a colleague’s email, he cut a corner in a job that required far better of him. He failed to live up to the FBI’s and his own high standards of conduct. And he committed a crime. Kevin pled guilty and accepts full responsibility. He deeply regrets his conduct and apologizes to all those who have been affected — including his former colleagues, the FBI, the DOJ, the Court, the public, and his family,” Clinesmith’s lawyer said.

“When Kevin informed the agent (and others) that Individual #1 was not a source, he genuinely believed he was conveying accurate information,” Clinesmith’s lawyer also contended, asking for probation and community service.

Boasberg, who is also the current presiding judge on the FISA court, ruled in January that he would not award Page restitution under the Crime Victims’ Rights Act, but allowed him 10 minutes to speak. “Because Clinesmith’s false statement had no effect on the FISC’s approval of the first three surveillance warrants, Page may only discuss harm from the last one,” the judge said.

A supervisory agent dubbed “SSA 2” in DOJ Inspector General Michael Horowitz’s report about the FBI’s Russia investigation, believed to be Joseph Pientka, told investigators that on the third FISA renewal, he wanted “a definitive answer to whether Page had ever been a source for another U.S. government agency.” While in contact with the CIA’s liaison, Clinesmith was reminded that in August 2016, predating the first Page warrant application in October 2016, the agency informed the FBI that Page “did, in fact, have a prior relationship with that other agency.”

An email from the CIA’s liaison was sent to Clinesmith, who “altered the liaison’s email by inserting the words ‘not a source’ into it, thus making it appear that the liaison had said that Page was ‘not a source’ for the other agency,” Horowitz found. “Relying upon this altered email, SSA 2 signed the third renewal application that again failed to disclose Page’s past relationship with the other agency.”

Horowitz’s report criticized the Justice Department and the FBI for at least 17 “significant errors and omissions” related to the FISA warrants against Page and for the bureau’s reliance on the Democrat-funded discredited dossier by British ex-spy Christopher Steele. The Justice Department told the FISA court it believed the final two of four Page FISA warrants were “not valid.” FBI Director Christopher Wray agreed there had been at least some illegal surveillance and said he was working to “claw back” that FISA information.

“The public record also reflects that political or personal bias may have motivated or contributed to his offense conduct,” Durham told the court.

In a separate July 2018 inspector general report on the FBI’s Clinton emails investigation, Clinesmith was mentioned numerous times as one of the FBI officials who conveyed a possible bias against Trump.

In a lengthy instant message exchange between Clinesmith and another FBI employee on Nov. 9, 2016, the day after Trump’s presidential victory, he lamented: “My god damned name is all over the legal documents investigating his staff. So, who knows if that breaks to him what he is going to do?” 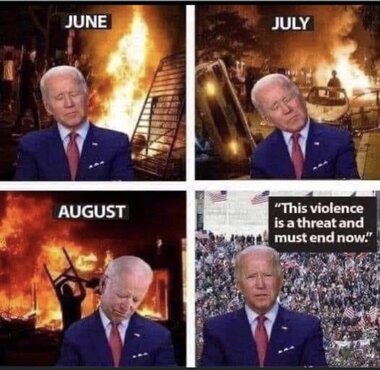