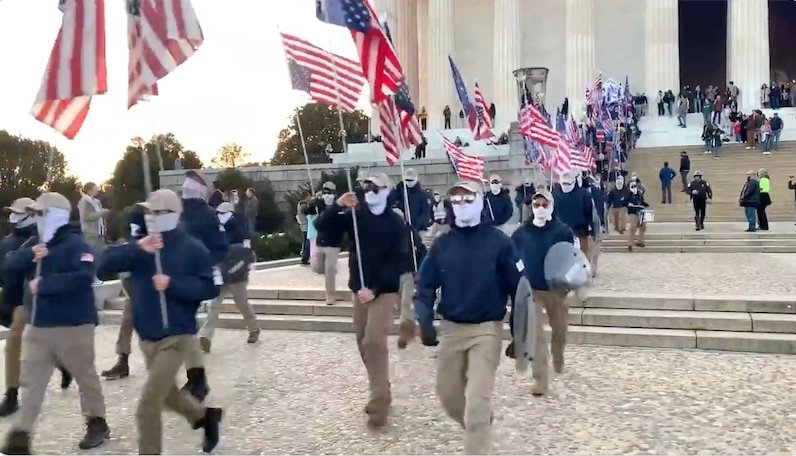 The US government-sponsored Patriot Front has committed numerous crimes but is given a pass.  This is more evidence that this group is backed by the US government.

Yesterday we provided evidence for the Patriot Front group being a government-sponsored domestic terrorist group.  We even identified a couple of individuals in the group.

1 One item that connects the group to the US government is related to the equipment that they use to communicate with.  The group is using Bao Feng devices which are used with 2-way radios.   In order to use these devices, the group members must have technical licenses which are required for use.  The fine for using these devices without a license is not cheap (approximately $20k).  The Patriot Front uses these devices.  The fact that the members of the Patriot Front have not been arrested for using the devices tells us that the US government is involved.

2 A second item that indicates the Patriot Front is a government-sponsored group is that the group after finishing their first notable protest gathered in UHaul trucks and drove away with members in the back.  This is illegal and very suspicious that they did not get pulled over.

3 A third reason is that the group members were able to drive away after covering their license plates after their get-together in Chicago.

4 A fourth reason the group is connected to the government is that members of the group are apparently building their own firearms and have not been arrested for doing so.  In one picture we provided in a recent article you can see that the group is using 3D printers to build guns minus serial numbers.