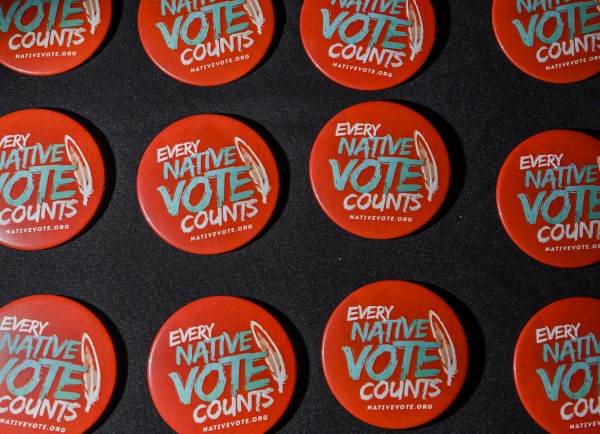 Efforts to bribe Native Americans to vote in states crucial for the Democrats were partially funded by George Soros’ Open Society Foundation and government agencies.

Vote Native is an initiative of the National Congress of American Indians.

As the Gateway Pundit reported on Sunday evening, Native Americans in ArizonaNevada and a slew of other states were given gift cards, televisions, electronics, and even resort stays in exchange for voting. These efforts were largely coordinated by the NCAI.

According to their website, the NCAI is partnered with the controversial Open Society Foundation, which was founded by Soros. The group also lists the Department of Agriculture, Department of Defense, Department of Health and Human Services, Department of the Interior, Department of Justice, Environmental Protection Agency, and the Small Business Administration as government partners.

Any monetary exchange for votes, whether partisan or not, is illegal

However, all of the signs lead to this having been a highly partisan effort on behalf of the Democratic Party.

In Wisconsin, the Native Vote effort openly posted support for Joe Biden on their social media accounts. Among other “prizes” and giveaways, Native Vote gave away swag bags and held $50 Gift Card Raffles in exchange for proof that people voted. 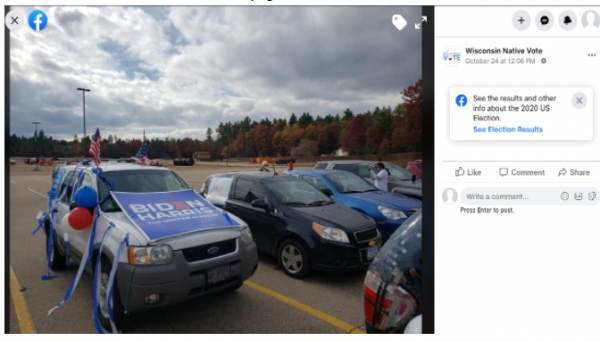 Native Organizers Alliance, an organization involved in these efforts, works directly with Act Blue. When you click to donate on their website, you are redirected to an ActBlue fundraising page. They are also fiscally sponsored by Alliance for a Just Society.