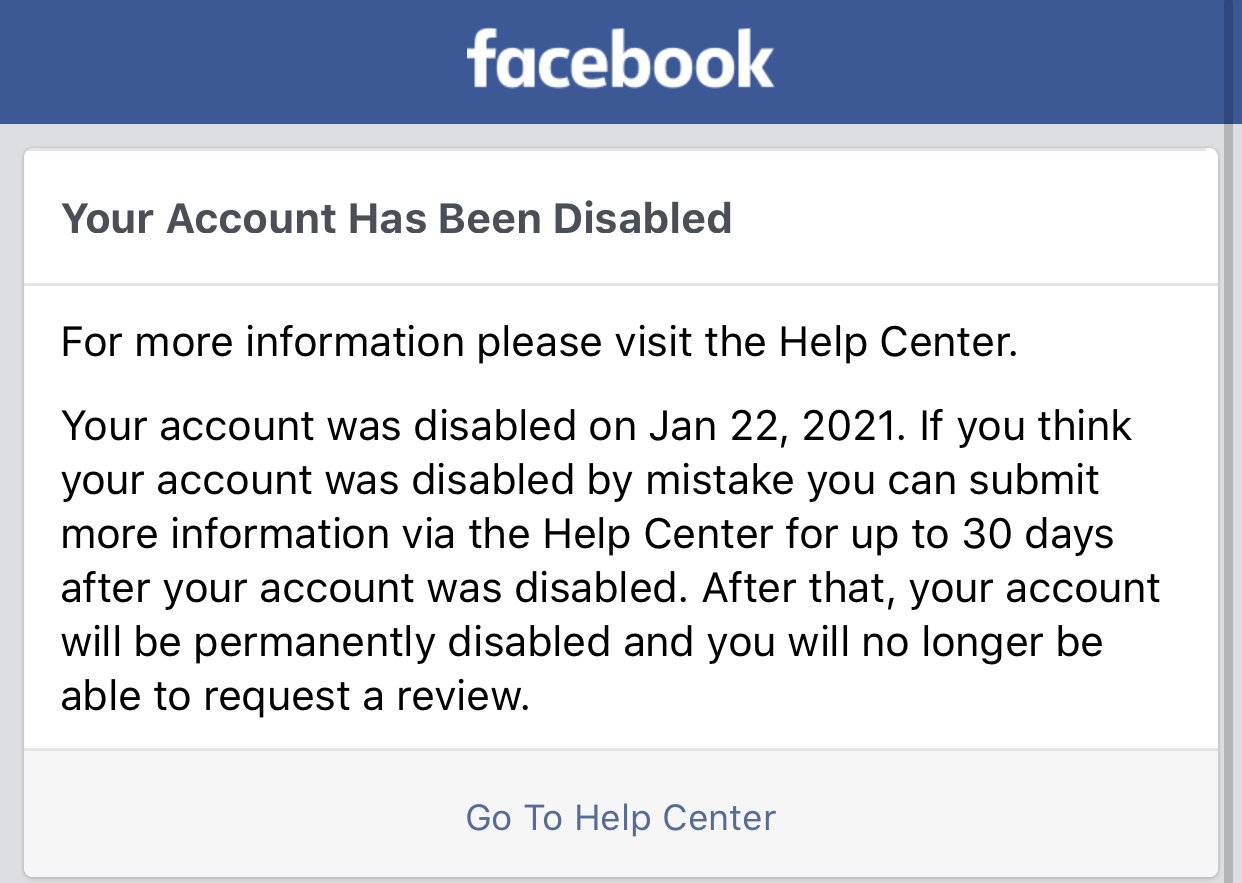 This week, both co-founders of The Scoop, Steeve Strange and Cameron Shizznit, who regularly post their videos on The Gateway Pundit, had their personal profiles permanently banned from Facebook.

Upon trying to log in to our respective accounts, we both received this message:

When The Scoop clicked ‘Go To Help Center’ to submit an appeal this is the response they received:

Facebook also confirmed that “this decision can’t be reversed.” 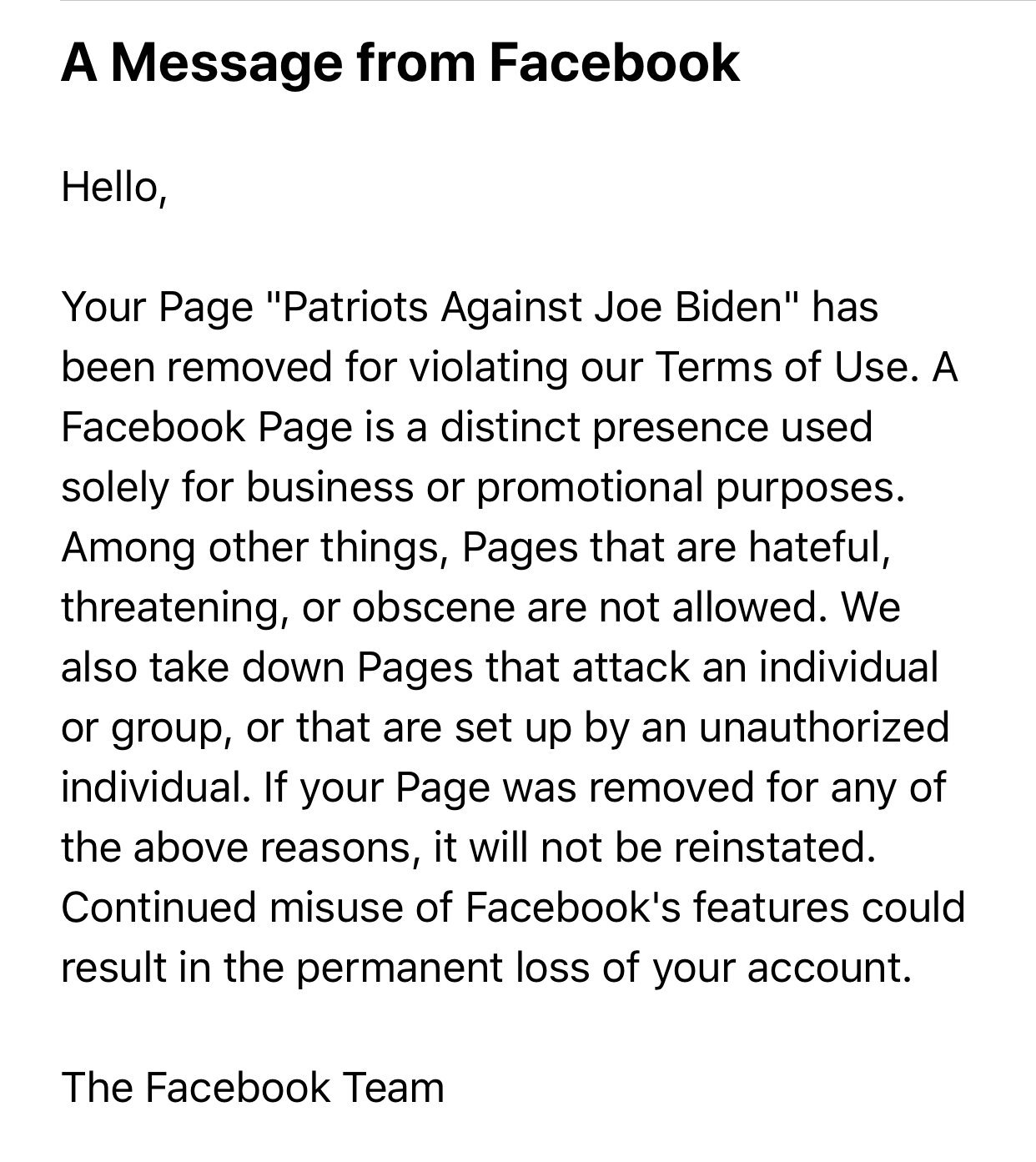 Apparently, peaceful law-abiding groups and pages that are anti-Joe Biden do not comply with Facebook’s “community standards.”

It is clear from this warning and takedown that Facebook considers people who don’t agree with Biden’s policies are “hateful,” “threatening,” and/or “obscene.”

Another group that was created by The Scoop was called ‘Patriot Party,‘ The Scoop co-founders were the only 2 admins of the group, so that group with over 67,000 members will no longer be able to be accessed.

Luckily, The Scoop still has other admins who have access to our ‘The Scoop’ Facebook page that has over 200,000 followers.  However, the ban of our two personal accounts will no doubt make our ability to post on The Scoop’s page very difficult.

Meanwhile, the “Not My President” anti-Trump Facebook group is still posting their nasty attacks on President Trump after 4 years.

The facebook group posted their first video before the Trump Inauguration four years ago. 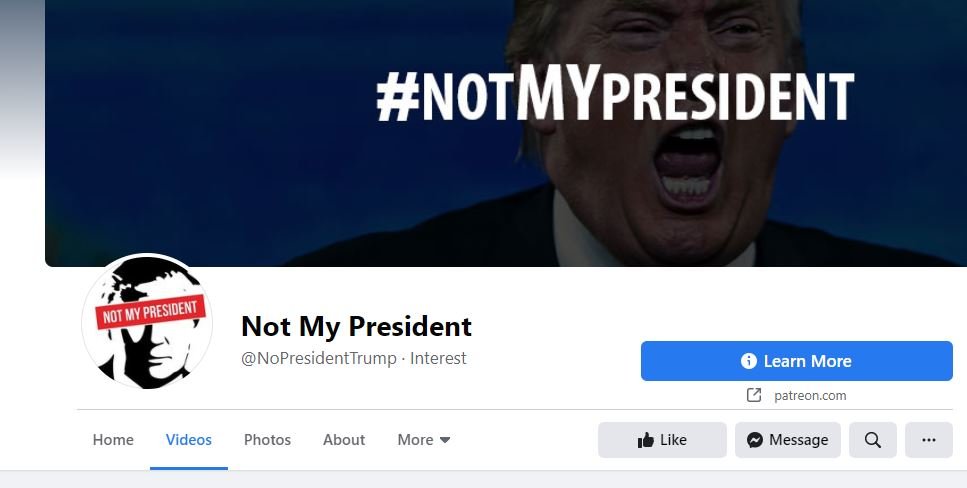 Facebook appears to have gone on a purge yesterday with banning several conservative accounts.

Anyone else randomly get kicked off