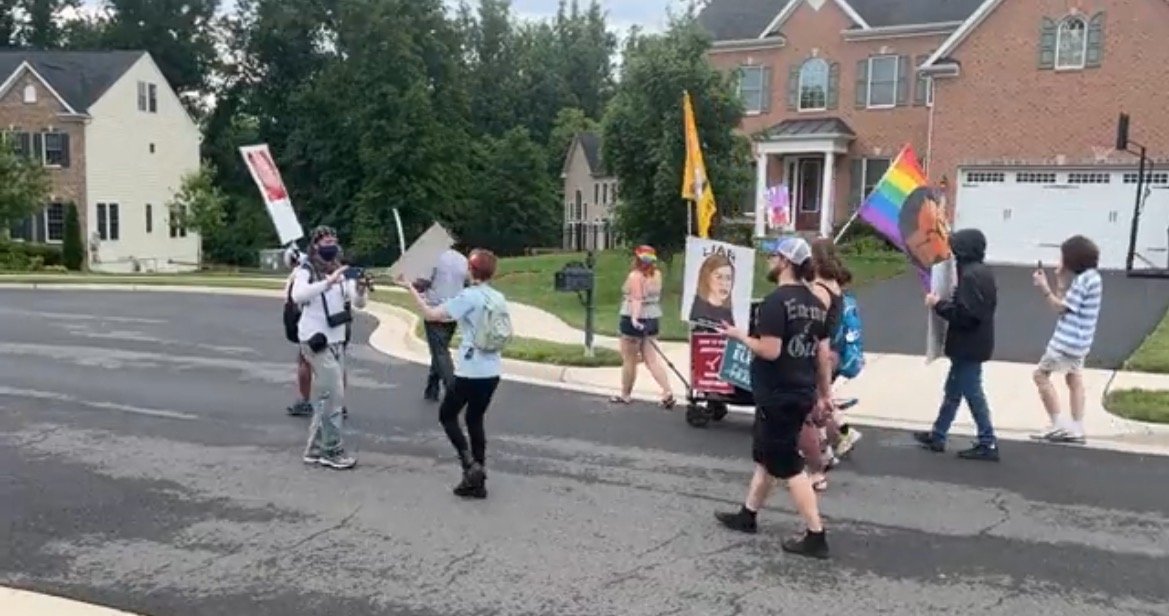 Protesters are trying to intimidate conservative justices in an effort to change the draft opinion on Roe v Wade.

It is a federal crime to go to a judge’s residence to influence decisions.

“[It’s] not a valid form of protest because it’s a violation of the law. There is time and place for protests, and the federal statute makes it clear if you go to the house of a judge, the residence of a judge to influence the judge in his decisions and demonstrate that that’s a federal crime,” former Attorney General Bill Barr told Jesse Watters last month.

A smaller group decided they wanted to come back without the boombox. pic.twitter.com/Cms4eWWMBo

The protestors have been here for about a half an hour blasting vulgar music. pic.twitter.com/Zfq9aZAMu8

Where is law enforcement?

The protestors are blasting a song seemingly called “All you fascists are gonna lose.” pic.twitter.com/u2lNwNwQaf