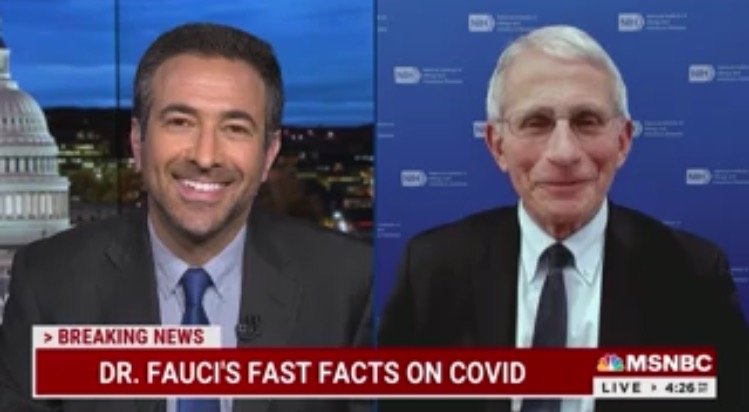 Dr. Fauci on Tuesday lashed out at media figures and politician who criticize him for his endless lies about Covid.

Fox News host Tucker Carlson has routinely criticized Fauci, the “Saint of Wuhan” for his involvement in funding gain-of-function research which led to the Covid pandemic.

Former Trump advisor Peter Navarro has called for Fauci to be jailed for his crimes related to funding the Wuhan lab and destroying lives.

Fauci called out Tucker Carlson and Peter Navarro by name on Tuesday and said those who criticize him are “killing people.”

“Well Ari, I’m not in it for a popularity contest. I’ve devoted my entire professional career of 50 years to try and essentially safeguard and preserve the health and lives of the American people and as an infectious disease doctor who deals with outbreak, that gets really extended to the rest of the world. That’s what I do. The praise or the arrows and slings are really irrelevant. I do what science drives you to do, and that’s what I do. And you know, I’m not in it for a popularity contest. I’m trying to save lives. And the people who weaponize lies are killing people. So the only question I have is that when you show Tucker Carlson and Peter Navarro criticizing me, I consider that a badge of honor.”

Fauci continued, “I just wanted to make that statement. People throw up those people that make ridiculous statements. They’re telling people to do things that they’re going to die from and telling me I should go to jail. As they say in my old neighborhood in Brooklyn, give me a break, will ya.”